TOKYO/PARIS/BEIJING (Reuters) – Renault and Nissan have readied plans to announce a potential deal on a restructured alliance as early as next month in London with the two automakers still negotiating terms, three people with knowledge of the talks told Reuters.

Renault’s Chairman Jean-Dominique Senard said on Tuesday he was “confident” the French automaker and Nissan would be able to reach an agreement over a restructured tie-up as Renault looks to carve out its electric-vehicle business.

Both sides remain in ongoing discussions, the people with knowledge of the talks said. Renault is looking for Nissan to invest in its EV business, code-named Ampere, the companies have said.

At the same time, Nissan has been looking for Renault to sell off some of its roughly 43% stake in Nissan that would put the two partners on a more equal footing, Reuters has previously reported.

French dominance of the alliance has long been a point of contention for Nissan executives, with Nissan holding only 15% of Renault and without voting rights.

While no agreement has been reached, Renault and Nissan have sketched out plans for two potential windows for announcements in the coming weeks. One would be Dec 7 in London, the three people who asked not to be named said.

That would be two days after a previously scheduled meeting in Paris of the CEOs of Renault, Nissan and Mitsubishi, the junior partner in the three-way alliance, they said.

If more time is needed in negotiations, the companies could opt to meet a week later and are planning to be ready for an announcement the following week in London, the sources said.

The sharing of intellectual property has been one area of concern for Nissan, people involved in the talks have said.

Earlier this month, Renault and China automaker Geely said they had reached a non-binding agreement to launch a new, equally held joint venture that would supply gasoline engines and hybrid technologies to their own brands and potentially other automakers.

That deal represents the second half of Renault’s overhaul of its business as it seeks to split its gasoline-engine business, code-named “Horse”, from its electric-drive unit at a time when investors and regulators are pushing for investment in clean-energy vehicles. Europe has effectively banned the sale of combustion engines from 2035.

Nissan and Renault have been in daily negotiations aiming to clear a complex range of issues, including legal and regulatory reviews, by the middle of December if possible, two people with knowledge of the talks told Reuters.

Mitsubishi will not make a decision on whether it separately invests in Ampere until Nissan concludes its talks with Renault, people with knowledge of its position said.

(Reporting by Norihiko Shirouzu in Beijing, Gilles Guillaume in Paris and Maki Shiraki in Tokyo; Editing by Bill Berkrot) 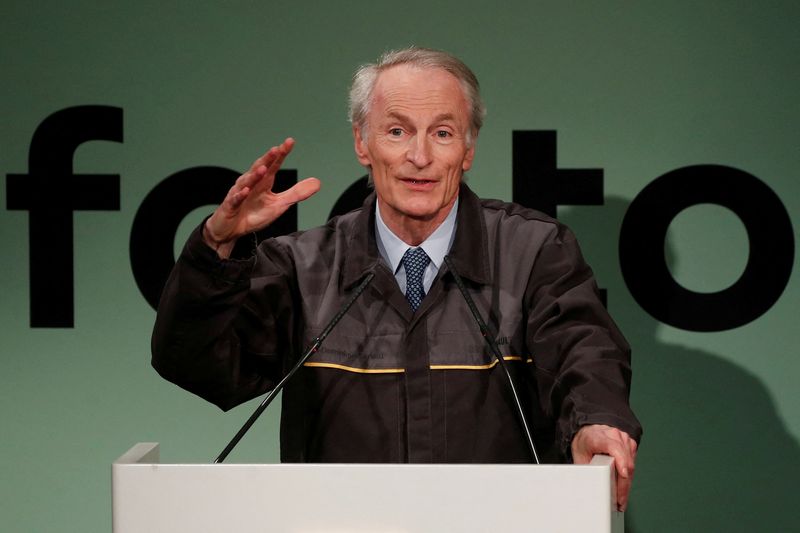