By Anthony Esposito and Isabel Woodford

MEXICO CITY (Reuters) -The Bank of Mexico on Wednesday issued more upbeat forecasts for inflation and economic growth, while highlighting that the end could be in sight for its interest rate hiking cycle, which kicked off in June 2021 .

Banxico, as the Mexican central bank is known, said headline inflation likely peaked in the third quarter and was expected to begin dropping from the fourth quarter, with “more noticeable decreases throughout 2023.”

Official data showed Mexico’s annual headline inflation hit 8.14% in the first half of November, down from 8.53% a month earlier, while the core price index, which strips out some volatile food and energy prices, continued to trend up to 8.66%.

Banxico board member Jonathan Heath, during a presentation of the central bank’s quarterly report, said core inflation was the bank’s biggest concern, even as the bank forecast it would begin to fall in the first quarter of 2023 and reach its 3% target in the third quarter of 2024.

The Mexican central bank has already increased its key interest rate by 600 basis points since mid-2021 to 10.0%, but Banxico Governor Victoria Rodriguez said at least one more increase was in the offing.

Heath, one of the board’s more hawkish members, said the hiking cycle could be nearing its end. “We still plan to increase the rate a bit more, I don’t think by a lot more. And I believe we are approaching what could be the terminal rate,” he said.

Goldman Sachs economist Alberto Ramos said the hiking cycle would likely conclude with the terminal nominal policy rate at around 11%, “which would be consistent with a real-ex-ante policy rate 200 basis points above the 3.4% upper-limit of the central bank real neutral range at end-2022.”

Mexico’s economy has grown for three consecutive quarters, expanding 0.9% in the third quarter from the previous three-month period.

Still, Banxico said the balance of risks for economic activity remain biased to the downside.

Banxico highlighted as some of those risks lower external demand, due to the possibility of a recession in Mexico’s top trade partner the United States, and that frictions surrounding the USMCA trade deal fuel uncertainty and hurt investment. 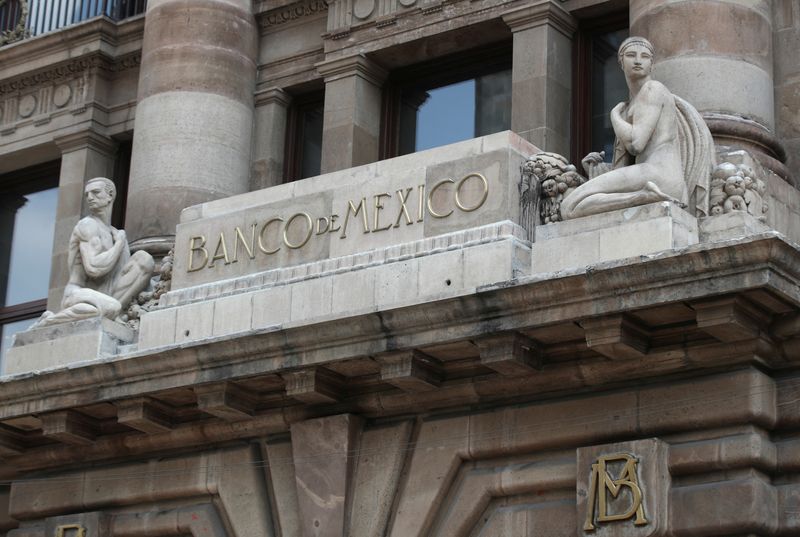