NEW YORK (Reuters) – Jeffrey Epstein’s estate has reached a nine-figure settlement with the U.S. Virgin Islands to settle claims the disgraced late financier used the territory as a base for his decades-long sex-trafficking operation.

Denise George, the territory’s attorney general, on Wednesday said the estate will pay $105 million in cash plus half the proceeds from the sale of Little St. James, a private island where Epstein lived and allegedly conducted many crimes.

The settlement includes the return of more than $80 million in tax benefits that one of Epstein’s companies, Southern Trust Co, obtained fraudulently to fuel his criminal activity, George said.

Daniel Weiner, a lawyer for the estate, said there was no admission of liability, and the estate’s executors Darren Indyke and Richard Kahn denied wrongdoing. Indyke and Kahn had been longtime business advisers to Epstein.

“The settlement is consistent with the co-executors’ stated intent and practice since their appointments to those roles – to resolve claims related to any misconduct by Jeffrey Epstein in a manner sensitive to those who suffered harm,” Weiner said.

A separate restitution fund for Epstein victims paid out more than $121 million to approximately 135 claimants.

Epstein, a registered sex offender, killed himself in August 2019 in a Manhattan jail while awaiting trial on sex trafficking charges.

She said Epstein kept a computerized database to track girls and young women who could be trafficked to Little St. James, which he bought in 1998 as what George described as the “perfect hideaway” to rape, assault and abuse them.

George also said Epstein bought the nearby Great St. James in 2016 to keep people from monitoring him and victims from escaping there.

Epstein had also been accused of sexual abuse at his homes in Manhattan, New Mexico and Palm Beach, Florida.

His former associate Ghislaine Maxwell is appealing her conviction and 20-year prison sentence for enabling Epstein’s abuse of girls.

The government’s share of Little St. James sale proceeds will go toward counseling and other services for sexual abuse victims. 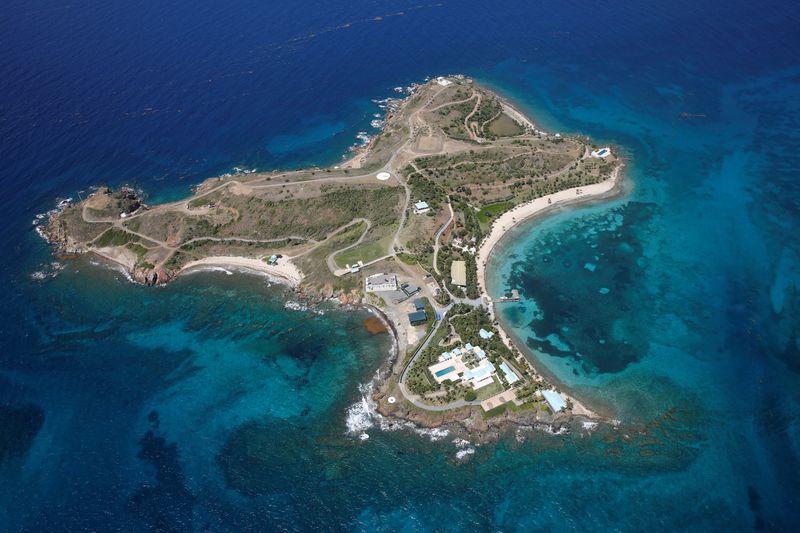