SYDNEY (Reuters) – A look at the day ahead in European and global markets from Wayne Cole.

So Tuesday’s bout of post-pandemic euphoria in Chinese markets has cooled today, perhaps a recognition of just how long it will likely take to materially raise vaccination rates there.

Even when restrictions ease, it will mean more infections and illness which could hamper growth over the first half of next year. Disappointing Chinese PMI surveys for November just underline the damage already done.

But neither have markets given back yesterday’s gains, so there’s clearly an expectation Beijing is now set on opening up which has to be positive for the global economy and supply chains over time.

Which leaves investors waiting on Powell, again. The analyst view is that he will have to play Grinch to stop U.S. markets from further easing financial conditions. Since the Fed hiked by 75 basis points on Nov. 2, 10-year yields have fallen 38 basis points and undone much of that good work.

So the message will likely be: “Hold your horses on rate cuts people.” The labour market is drum tight and inflation of 7.7% is not 2%. The terminal rate will have to be higher than first thought to be sufficiently restrictive and stay there for longer.

Whether he can be hawkish enough is another matter given the signs of a turning point in inflation are mounting. Here in Australia today, a new monthly measure of inflation rose just 0.2% in October when some analysts had looked for a jump of 1.0%. The annual pace slowed to 6.9%, from 7.3%, and suggests a peak is nearby.

That echoes the inflation data from Germany and Spain which both surprised on the downside and saw markets take 10bps off pricing for ECB rates at the December policy meeting. That suggests today’s EU-wide inflation figure will undershoot the forecast of 10.4%, even if the core measures prove stickier.

Federal Reserve Chair Jerome Powell speaks on the economic outlook and the labour market before a hybrid Brookings Institution event at 1830 GMT, including a q&a.

A horde of U.S. data including JOLTS job openings, ADP employment, Chicago PMI and the second estimate of Q3 GDP and PCE prices. 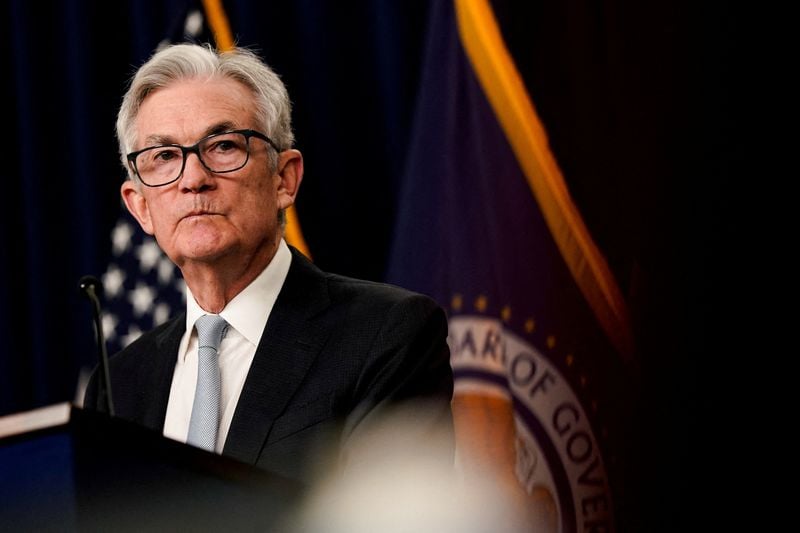