By David Shepardson and Lisa Baertlein

WASHINGTON/LOS ANGELES (Reuters) -The U.S. House of Representatives was set to vote Wednesday to block a rail strike that could potentially happen as early as Dec. 9, after President Joe Biden warned of dire economic consequences and massive job losses.

Pelosi said the House would vote separately on Wednesday on a proposal to give seven days of paid sick leave to railroad employees.

“I don’t like going against the ability of unions to strike but weighing the equities, we must avoid a strike,” she said Tuesday after a meeting with Biden.

Biden had warned Monday of a catastrophic economic impact if railroad service ground to a halt, saying up to 765,000 Americans could lose their jobs in the first two weeks of a strike.

“Congress, I think, has to act to prevent it. It’s not an easy call, but I think we have to do it. The economy is at risk,” Biden said.

Despite the close ties between unions and the Democratic Party, several labor leaders criticized Biden asking Congress to impose a contract that workers in four out of 12 unions rejected over its lack of paid sick leave.

The Brotherhood of Maintenance of Way Employes, one of four unions that voted against the contract, objected to Biden’s call to Congress to intervene, saying “the railroad is not a place to work while you’re sick. It’s dangerous…. it is unreasonable and unjust to insist a person perform critical work when they are unwell.”

There are no paid sick days under the tentative deal after unions asked for 15 and railroads settled on one personal day.

The union push for paid sick time won support on Capitol Hill, where Senator Bernie Sanders threatened to delay the railroad bill unless he got a vote on the sick time issue.

“Guaranteeing 7 paid sick days to rail workers would cost the rail industry a grand total of $321 million a year – less than 2% of its profits,” Sanders said. “Please don’t tell me the rail industry can’t afford it. Rail companies spent $25.5 billion on stock buybacks and dividends this year.”

The measure needs a simple majority to pass the House. The bill would require a supermajority of 60 out of 100 votes to pass the Senate.

“I can’t in good conscience vote for a bill that doesn’t give rail workers the paid leave they deserve,” Representative Jamaal Bowman, a Democrat, said on Twitter.

Biden on Monday praised the proposed contract for including a 24% wage increase over five years and five annual $1,000 lump-sum payments.

House Republican Leader Kevin McCarthy also criticized the effort but said “I think it will pass, but it’s unfortunate that this is how we’re running our economy today.”

A rail traffic stoppage could freeze almost 30% of U.S. cargo shipments by weight, stoke already surging inflation and cost the American economy as much as $2 billion per day.

Brian Dodge, president of the Retail Industry Leaders Association (RILA), said the idea of a rail shutdown “is just absolutely catastrophic” after companies spent the last year and a half trying to untangle gridlock in the supply chain. “We’d be setting ourselves back down that same path and it would take just as long to untangle the next time,” he said.

The U.S. Congress has passed laws to delay or prohibit railway and airline strikes multiple times in recent decades. 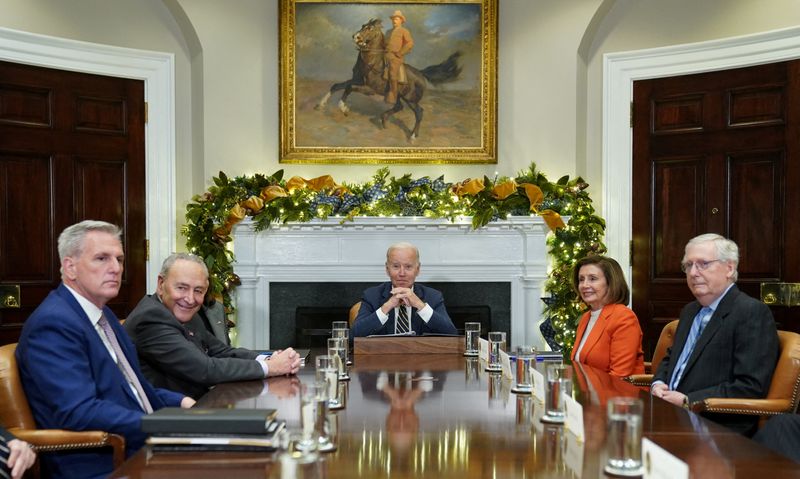 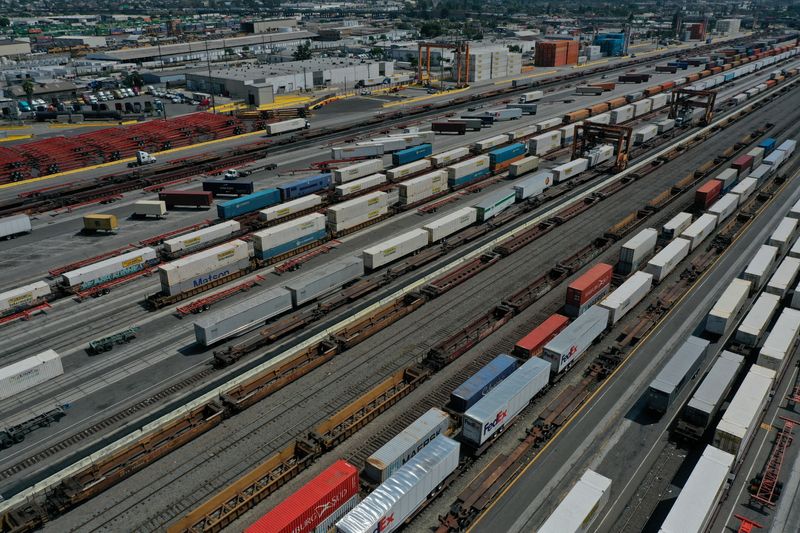