(Reuters) – The U.S. Justice Department has reached an agreement with the state of Mississippi and the city of Jackson to appoint an interim third-party manager to stabilize the city’s drinking water supply after a catastrophic failure over the summer.

The Justice Department also a filed a complaint against the city on behalf of the Environmental Protection Agency, alleging the city failed to provide reliable drinking water.

The deal, subject to approval by a U.S. judge, is meant as a temporary measure until the state and the city reach a long-term agreement to maintain the system, the Justice Department announced.

Jackson, the state capital whose population of 150,000 is more than 80% Black, has long suffered from chronically poor water quality, and the supply of water to most of the city was shut down for several days in August when complications from floodwaters knocked a water treatment plant offline.

City and state leaders blamed each other for the crisis, and in October the U.S. Environmental Protection Agency opened an investigation into Mississippi state agencies to determine if they violated civil rights in Jackson.

The troubles revealed tension between the state government of Governor Tate Reeves, a Republican who accused the city of mismanaging the water plant, and the city government of Mayor Chokwe Antar Lumumba, a Democrat.

Reeves in a statement on Tuesday praised the agreement as “excellent news … that the mayor will no longer be overseeing the city’s water system.”

A spokesperson for Lumumba declined to comment, saying the city was entirely focused on a tornado watch and the threat of severe weather on Tuesday. 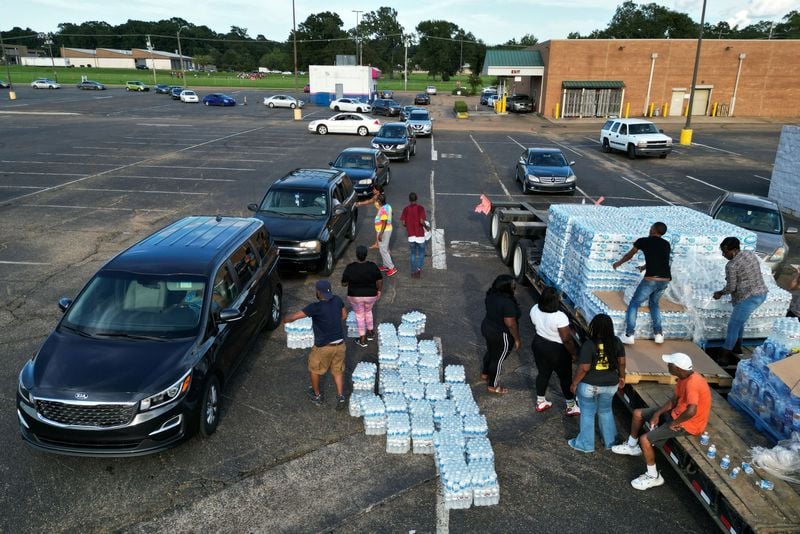