China’s yuan is allowed to move in a narrow range of 2% against the U.S. dollar, around a daily official midpoint fixing set by the People’s Bank of China (PBOC).

In the 8 years since the band was defined, the currency has rarely ever moved beyond 1% on either side of the mid-point.

It lost its languor in September as an aggressive Federal Reserve and robust dollar pushed the yuan to the weaker side of 7 versus the greenback, foreign capital fled an economy struggling under regulatory and COVID-19 crackdowns, and the PBOC seemed okay letting market forces decide where the yuan should be.

“We see a possibility of the PBOC widening the yuan’s daily trading band against the dollar to 3% from 2% in 2023, given greater tolerance of increased market volatility,” said Becky Liu, head of China macro strategy at Standard Chartered Bank.

Day-to-day yuan volatility has been as high as 16% on some days in October, compared with a tame 1% to 4% range in the months and years before. The currency came close to touching the weak end of the band in five out of 16 trading days in October.

Implied volatility, an options market gauge of future volatility, has spiked. An options trader said the market was “long volatility”.

One-, 3- and 6-month,, yuan implied volatility have hit all-time highs, while 9-month and one-year tenors are at their loftiest levels since Beijing’s currency reforms in 2015 when it engineered a sharp one-off 2% devaluation.

The PBOC doubled the daily trading range for the currency to 2% in 2014, in what some market participants said was an attempt to get the yuan into the IMF’s currency basket. It was included in 2016.

Policy sources have told Reuters they have considered widening the trading band over the past few years to show their commitment to long-term market reforms.

“If the PBOC wants to widen the trading band, it will likely happen in the latter part of 2023 when the economy rebounds visibly, and interest rate differentials with the U.S. may also start to shrink meaningfully to favour the renminbi,” said Tommy Wu, senior China economist at Commerzbank.

The PBOC did not respond to Reuters request for comment on market expectations.

In its latest quarterly monetary policy implementation report, the PBOC vowed to “allow markets to play a decisive role in determining the exchange rate.”

China’s yuan has declined about 11% against the dollar so far this year and looks set for the biggest annual drop since 1994, but global investment houses expect it to gradually recover in 2023.

Rising volatility in yuan-rouble trading earlier this year prompted the central bank to double the trading band for the pair to 10% in March.

Yet, most analysts who think a band widening is due also do not think it is imminent.

“The band widening is unlikely to occur until it is clear that the U.S. dollar’s cyclical uptrend has peaked, because any such action could be interpreted by the market as a signal of further renminbi depreciation,” said Alvin Tan, head of Asia FX at RBC Capital Markets, referring to the yuan by its alternate name.

“The PBOC probably has to see that the Fed’s rate hiking cycle has ended for sure.” 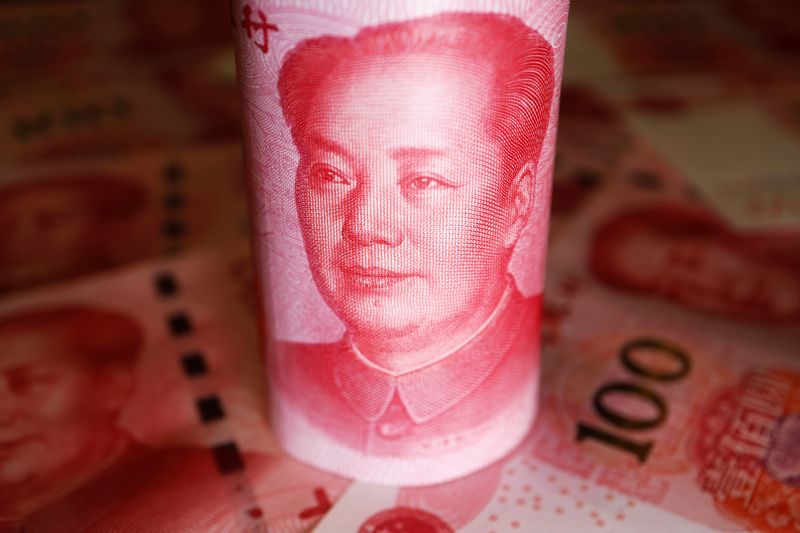