NEW YORK (Reuters) – The underlying health of the U.S. economy is quite strong and massive investments being made in manufacturing and infrastructure will help bring inflation down over the longer term, Deputy Treasury Secretary Wally Adeyemo said on Thursday.

Adeyemo told the Reuters NEXT conference that the price of gasoline had come down from highs seen over the summer, but prices were still too high overall, and the administration was doing everything it could to ease supply chain pressures.

Legislation like the bipartisan infrastructure law, the Inflation Control Act and a law to promote domestic semiconductor production would make long-needed investments in the economy that would help bring inflation under control, he said.

Investing in ports would help ease backups that drove prices higher during the height of the COVID-19 pandemic, while increasing broadband capacity would boost U.S. competitiveness and exports, Adeyemo said.

“Our goal is to really try and make sure that as we bring down inflation, we’re also making the investments to make sure the American economy is competitive, not just next year, but in the decades to come.”

Adeyemo said the U.S. economy was better-placed than any other economy to do well despite the rising cost of capital, and labor force participation was starting to increase, albeit not at the desired rate.

He said supply chain challenges had eased and he hoped that would continue, although the U.S. government would keep a close eye on developments in China, one of the world’s largest economies, which is still struggling with COVID lockdowns due to its strict zero-COVID policy.

To view the Reuters NEXT conference live on Dec. 1, please click here. 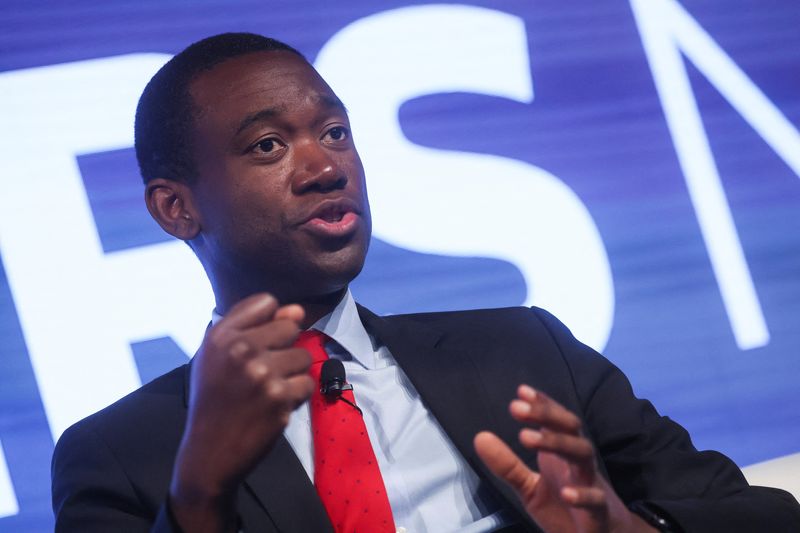