An International Monetary Fund (IMF) review for the release of its next tranche of funding has been pending since September, leaving Pakistan in dire need of external financing.

Pakistan’s finance minister, Ishaq Dar, told Geo News TV that all targets for the IMF’s ninth review had been completed, and said that withholding a tranche despite that would not make sense.

Pakistan secured a $6 billion bailout in 2019 under an Extended Fund Facility (EFF), that was topped up with another $1 billion earlier this year.

“We continue to engage in discussions with the government over policies to address the humanitarian and rehabilitation needs of the floods while promoting macroeconomic and fiscal sustainability,” the IMF’s resident representative in Pakistan, Esther Perez Ruiz, said in a statement.

Dar said Pakistan’s foreign reserves, which have dropped to $7.5 billion, will be shored up with a $3 billion financing from a friendly country in the next two weeks.

That is hardly enough for a month of imports for Pakistan, which has been facing a widening current account deficit and a balance of payments crisis.

“All the requirements for the ninth (IMF) review are completed,” Dar said, adding that the international lender was “behaving abnormally” by not completing the review.

On being asked about a delay in the visit of an IMF delegation, Dar said he “didn’t care” and that he did not want to plead for the visit.

He said that he had told the IMF the ninth review targets were in order and that, according to standard practice, the lender should complete the review and release the funds.

“If the money doesn’t come, we will manage, no problem,” he added. 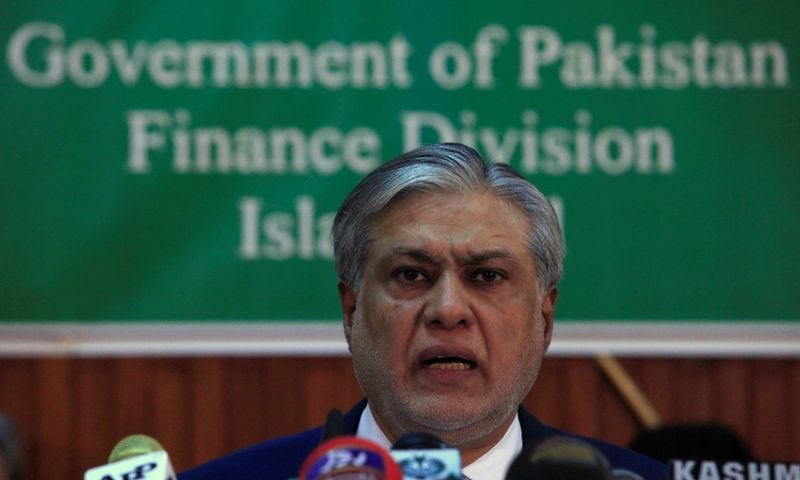