WASHINGTON (Reuters) – New U.S. Federal Reserve projections, issued later this month alongside an expected half-point interest rate increase, could show the central bank’s target rate headed toward levels last seen on the eve of the 2007 financial crisis, and will also reveal policymakers’ best guess of the fallout that will have for a so-far resilient job market.

A stronger-than-expected U.S. employment report for November showed firms added 263,000 workers, with hourly wages rising at a 5.1% annual rate and the size of the labor force itself shrinking – all signs of a job market both tight and speeding ahead even as the Fed hopes it will begin to cool.

Coupled with an only modest decline in inflation so far, new projections from the Fed’s 19 policymakers are likely to show rates continuing to rise and to remain elevated through 2023, countering current market expectations for rate cuts by the end of next year.

“The Fed has been telling us that getting unemployment higher and wage growth lower is going to take a prolonged period of restrictive policy, and today’s data provides more evidence to that effect,” wrote Jefferies economist Thomas Simons. “This does not take the Fed off track for the widely expected 50 (basis point) rate hike at the upcoming…meeting, and it gives us greater confidence in our expectation that the terminal rate will top 5% next year.”

The updated outlooks issued after the Dec. 13-14 meeting of the Federal Open Market Committee will be a fresh chance for officials to show how they expect their “raise and hold” strategy to play out in terms of the ultimate level of the policy rate, and the progress of growth, inflation and particularly unemployment.

The meeting will cap a volatile year that saw the central bank respond to the fastest outbreak of inflation since the 1980s with the fastest increase in interest rates since then to offset it. The aggressive response sent a shock through the financial system that at one stage erased nearly $12 trillion of U.S. stock market value and more recently pushed home mortgages rates to 7% for a population used to cheap money.

Equity markets have risen lately and rocketed this week when Fed Chair Jerome Powell, in what were likely his last public remarks before the meeting, said the Fed was ready to slow down from a string of four straight three-quarter-point rate hikes in favor of the expected half-point increase.

It was a potentially inconvenient outcome for a Fed chair who wants to keep financial conditions tight and keep public expectations firmly focused on the inflation battle.

But Powell has also been blunt about the tradeoff. Even if the central bank starts moving in half-point or quarter-point steps in coming months, the policy rate is heading higher towards a still-undefined “appropriately restrictive” stopping point, and officials intend to leave it there “for some time.”

INFLATION ‘MUCH TOO HIGH’

In a lengthy conversation at the Brookings Institution this week Powell sketched out what may be a long transition for the U.S. to a world of only slowly receding inflation, high interest rates, and potentially chronic worker shortages.

Related News:   Payments firm PayPal to lay off 7% of its workforce to cut costs

To lower the pace of price increases, he said it was clear that energy needed to be sapped from a job market where the demand for workers remains far beyond the number of people ready to take jobs – an imbalance lodged in U.S. demographics and immigration policy, and amplified by the pandemic.

Embedded in the new Summary of Economic Projections will be estimates of just how big a toll Fed officials feel will be paid in terms of rising unemployment and slower growth as its policies begin to bite.

Powell said he still sees a “plausible” path to a “softish” landing with only modest job losses.

But so far the adjustment is not coming fast.

Data released Thursday showed the Fed’s preferred measure of inflation was 6% in October, a drop from September’s 6.3% rate and the lowest this year but still triple the Fed’s 2% target.

The employment data released Friday showed little evidence of change there either.

The economy has been adding an average 392,000 jobs per month this year. Though the pace dipped to 277,000 from August through November, that is still above the 183,000 added monthly in the decade before the pandemic.

PROJECTIONS WAY OFF THE MARK

Fed projections have raced through the year to catch up with reality. As of last December, officials projected the policy rate would end 2022 at just 0.9%, with the preferred inflation measure falling to 2.6%. The highest individual fed funds projection was just 1.1%.

That was off by a factor of four: With the expected half-point increase at the next meeting, the policy rate will end the year in a range between 4.25% and 4.5%.

Powell this week acknowledged the difficulty forecasting in an environment still roiled by the pandemic and its after-effects.

But there’s also little choice as the central bank ends its headlong drive to “frontload” rate hikes with larger rate hikes and begin, as Powell described it, to “feel” the way to a stopping point.

As of September, the Fed narrative still included a benign outcome of continued growth, steady progress on inflation, and an unemployment rate rising less than a percentage point, to 4.4% at the end of next year from the current 3.7% – what some have referred to as an “immaculate disinflation” coming at little cost to the real economy.

It will, Powell said, need to be “somewhat higher,” and November’s job data may push it up another notch. The upcoming projections will show that final destination perhaps coming into view, and give a better assessment of whether the job market can weather it.

The average earnings data from November, coupled with revisions to prior months is “consistent with about 5% inflation” former White House Council of Economic Advisers Chair Jason Furman wrote on Twitter. “I was allowing myself to get more hopeful about a soft landing but this pretty much dashed that hope.”

Graphic: The jobs hole facing Biden and the Fed https://www.reuters.com/graphics/USA-ECONOMY/JOBS/jbyprzlrqpe/chart.png 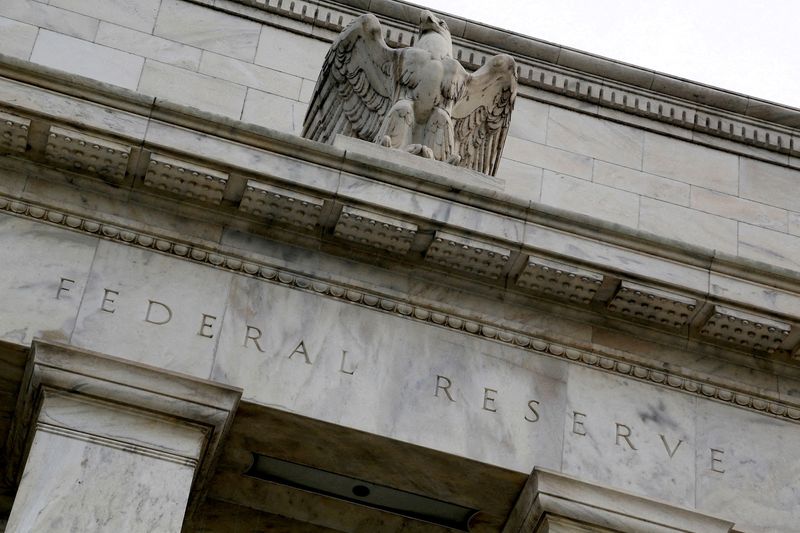