(Reuters) – Millions of New York rats have been put on notice: the most populous city in the United States is hiring a director of rodent mitigation, a new position that calls for a “swashbuckling attitude” and a “general aura of badassery.”

The new job, posted earlier this week, is part of the city’s attempt to curb an explosion in its rodent population since the pandemic began. Rat sightings on the streets, in subways and even homes have jumped 71% over in the past two years, according to the city’s sanitation department.

“There’s NOTHING I hate more than rats,” Mayor Eric Adams said in a tweet on Thursday in announcing the job posting. “If you have the drive, determination, and killer instinct needed to fight New York City’s relentless rat population – then your dream job awaits.”

Sidewalk dining outside of restaurants – first allowed in 2020 as a temporary measure to help blunt economic fallout from the coronavirus pandemic, has been blamed in part for the rat explosion. The city is exploring ways to allow for permanent “streeteries.”

In October, New York officials announced stiffer restrictions regarding the placement of garbage bags on curbs to be picked up by sanitation workers. The trash has encouraged the explosive growth of the city’s rat population.

Urban legend says there is one rat for each of New York City’s 8.8 million residents. But a 2014 study showed the city likely had about 2 million rats. Actually, pest control company Orkin has said the U.S. city with the most rats is Chicago.

The new job will pay between $120,000 and $170,000. Applicants must reside in New York City, hold a bachelor’s degree and be willing to perform “Catch and Kill” functions by using hands-on techniques to exterminate rodents, the posting said.

“The ideal candidate to be highly motivated and somewhat bloodthirsty, determined to look at all solutions from various angles, including improving operational efficiency, data collection, technology innovation, trash management, and wholesale slaughter,” it said.

(Reporting by Brendan O’Brien in Chicago; Editing by Matthew Lewis) 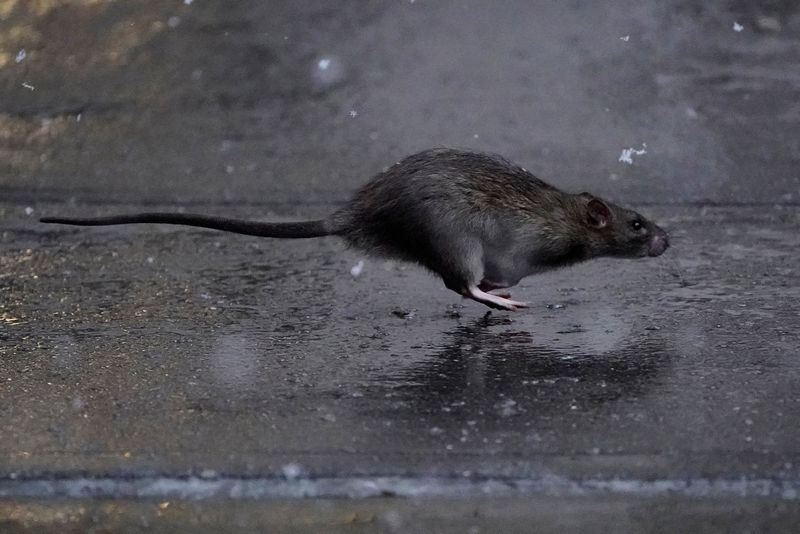