DUBLIN (Reuters) -Ireland’s domestic economy shrank by 1.1% quarter-on-quarter from July to September, following the strong investment driven growth of 4.7% in the second quarter of the year, data from the Central Statistics Office showed on Friday.

Modified domestic demand (MDD), which strips out some of the ways Ireland’s large multinationals distort economic activity, was still up 10.1% for the first nine months of 2022 and the CSO said the quarterly decline was mainly due to the strong second quarter base.

Ireland’s finance ministry’s current forecast is for growth of 7.7% for 2022 as a whole and finance minister Paschal Donohoe said Friday’s data was very much in line with his department’s projections.

“With inflation eroding real incomes of households and undermining the profitability of SMEs, I would expect the pace of growth in the domestic economy to remain soft throughout the final months of this year and into the first half of next year,” Donohoe said in a statement.

The finance ministry slashed its forecast for 2023 Modified domestic demand to 1.2% in September.

Most recent economic data have pointed to a softening of activity in the second half of the year and the finance ministry had expected rising inflation to tip consumer spending into negative territory in the third and fourth quarters.

Related News:   End of easy-cash era is going to hurt

Friday’s data showed that personal spending managed to eke out quarterly growth of 0.3%. That was well down on the 2.2% in the second quarter but higher inflation meant consumers had to spend a lot more in order to get slightly more goods and services.

Gross domestic product (GDP), a broader measure of economic activity, grew by 2.3% on the quarter and was 10.9% higher year-on-year. The government has long cautioned against using this measure as it is routinely inflated by multinational activity.

The data also showed that the information and communications technology (ICT) sector did not register its usual third quarter bounce and was down 7.4% quarter-on-quarter on a seasonally adjusted basis.

Multinational jobs growth soared to record levels in Ireland the first half of this year, but since then a number of tech firms including Facebook parent Meta, Twitter and Stripe have laid off Irish staff as part of global cutbacks. 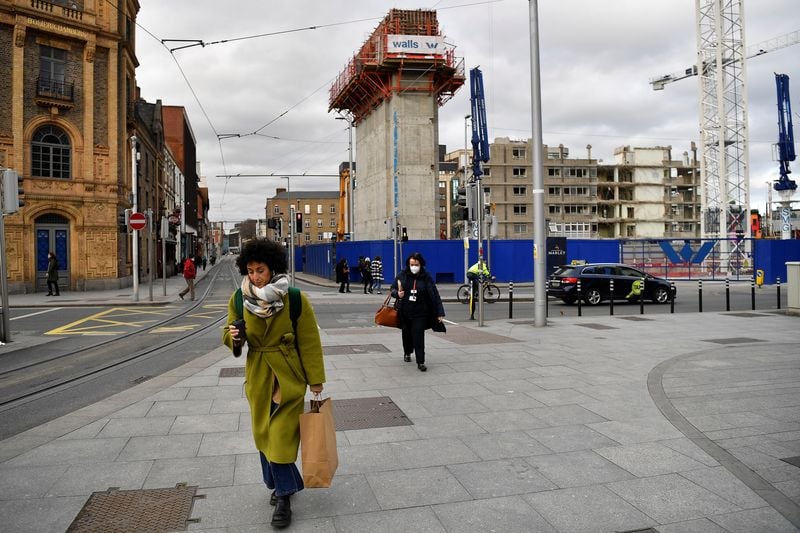