BEIJING (Reuters) -Further easing of COVID-19 testing requirements and quarantine rules in some Chinese cities was met with a mix of relief and worry on Friday, as hundreds of millions await an expected shift in national virus policies after widespread social unrest.

The looser measures were welcomed by workers frustrated by three years of economically damaging curbs but have jolted others who suddenly feel more exposed to a disease authorities had consistently described as deadly until this week.

The elderly, many of whom are still unvaccinated, feel the most vulnerable.

Shi Wei, a Beijing resident suffering from lymphatic cancer, spends most of his time isolating, but still worries about getting COVID and giving it to his 80-year-old mother as he goes out for hospital treatment every three weeks.

“I can only pray God protects me,” he said.

China’s COVID policies have stifled everything from domestic consumption, to factory output and global supply chains, and have inflicted severe mental stress on hundreds of millions of people.

Anger over the world’s toughest curbs fuelled dozens of protests in more than 20 cities in recent days in a show of civil disobedience unprecedented in mainland China since President Xi Jinping took power in 2012.

Less than 24 hours after people clashed with white hazmat-suited riot police in Guangzhou on Tuesday, a sprawling manufacturing hub just north of Hong Kong, the city lifted lockdowns in at least seven of its districts.

“Finally, we can slowly return to our normal lives,” said Lili, 41, who works for a chain of restaurants in Guangzhou that were allowed to reopen on Thursday.

Lockdown interruptions over the last few years resulted in a 30% drop in earnings, she said.

“The public could not stand it any longer, and everyone wished that we could reopen … The Guangzhou government probably heard what we were asking for and thought it was about time,” said Lili.

Vice Premier Sun Chunlan, who oversees COVID efforts, said this week the ability of the virus to cause disease was weakening – a message that aligns with what health authorities around the world have said for more than a year.

On Friday, some neighbourhoods in the capital Beijing posted on social media guidelines on how positive cases can be quarantined at home, in a landmark move.

That contrasts with scenes of chaos earlier this year when cases were frantically thrown into centralised facilities while their communities were put under lockdown, sometimes for weeks. Last month, easier rules required just the lockdown of specific buildings.

BACK TO THE BARBER

Some communities also now require less frequent testing and are allowing close contacts of infected people to quarantine at home, according to state media, measures expected to be rolled out nationwide in coming days.

China is set to announce a nationwide reduction in how frequent mass testing and regular nucleic acid tests will be conducted as well as allowing positive cases and close contacts to isolate at home under certain conditions, sources familiar with the matter told Reuters earlier this week.

Chengdu and Tianjin, among China’s biggest cities, announced they would not require subway users to show negative COVID tests from Friday, another relaxation of a curb imposed to stop transmission of the virus in crowded public spaces. Beijing will drop this requirement from Monday.

Some supermarkets in Beijing on Friday also stopped demanding negative test results as a condition for entry.

One residential community in east Beijing on Friday sent a notice to say those who have “no social activities,” such as homebound elderly and infants, no longer needed to get tested regularly.

Several testing booths in the area have stopped operating and the number of people getting tested had dropped by up to 30%, a staff member said. Still, the park nearby remained closed, while restaurants and cafes only sold takeaway.

Earlier in the year, entire communities were locked down after even just one positive case, with people stuck indoors losing income, having poor access to basic necessities, and struggling to cope with the isolation.

Some areas in Guangzhou resumed dine-in services, and residents are no longer asked to present negative PCR tests to enter, state media reported.

The city also scrapped a rule that only people with a negative COVID test could buy fever medication over the counter, a policy aimed at preventing people with COVID from hiding their illness.

In nearby Shenzhen, some people will be allowed to quarantine at home. About 1,000 km to the west, in Chongqing, a range of businesses from barber shops to gyms have been allowed to reopen.

But many communities designated high risk by various cities remain under lockdown and many people are still required to take daily tests.

“The uplifted mood isn’t universal,” a Guangzhou-based diplomat said. “Although a lot of people are enjoying new-found freedom, it’s worth noting that there are still hundreds of high-risk zones that are locked down throughout the city.” 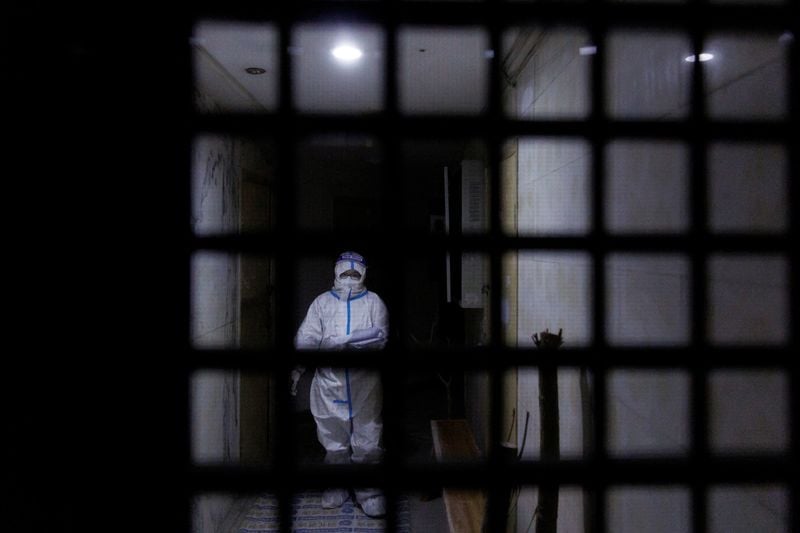 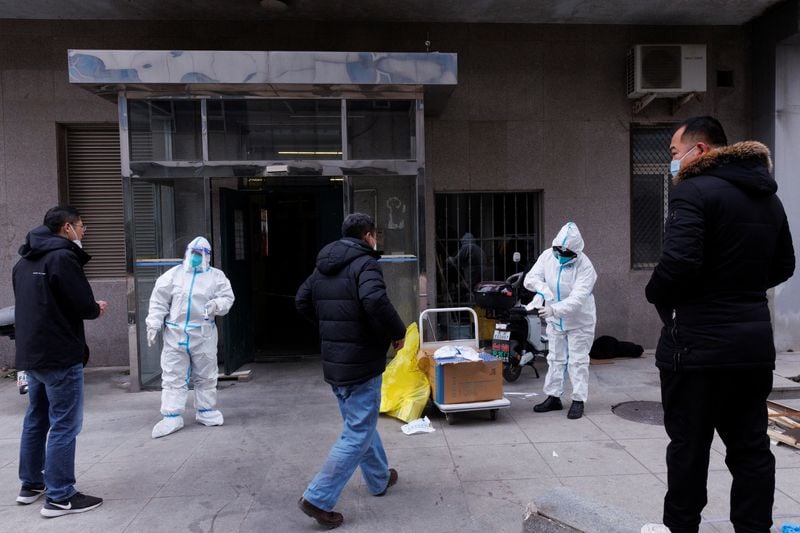 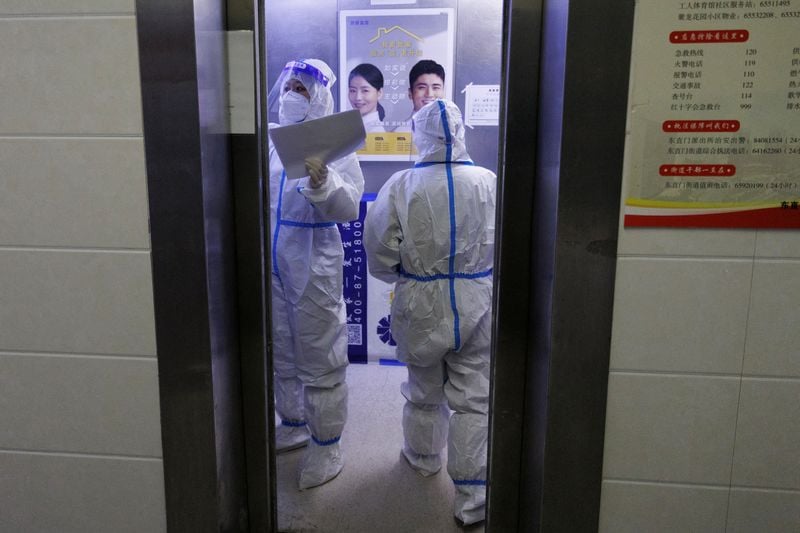 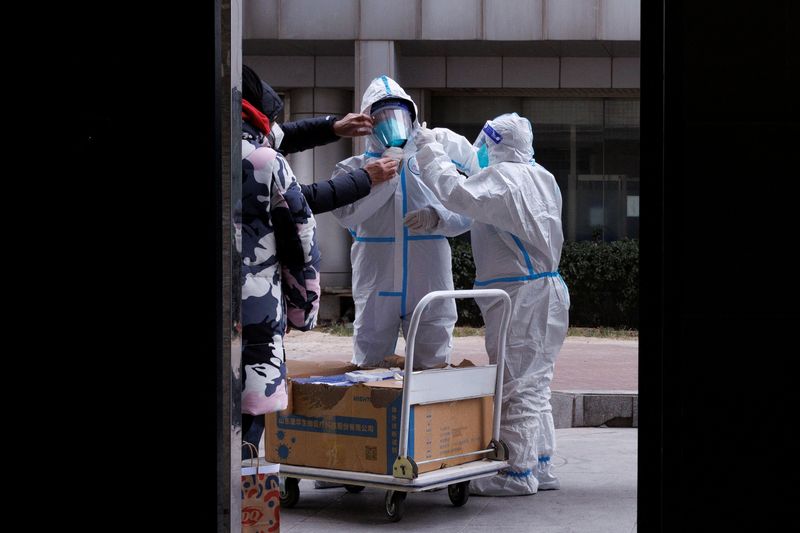 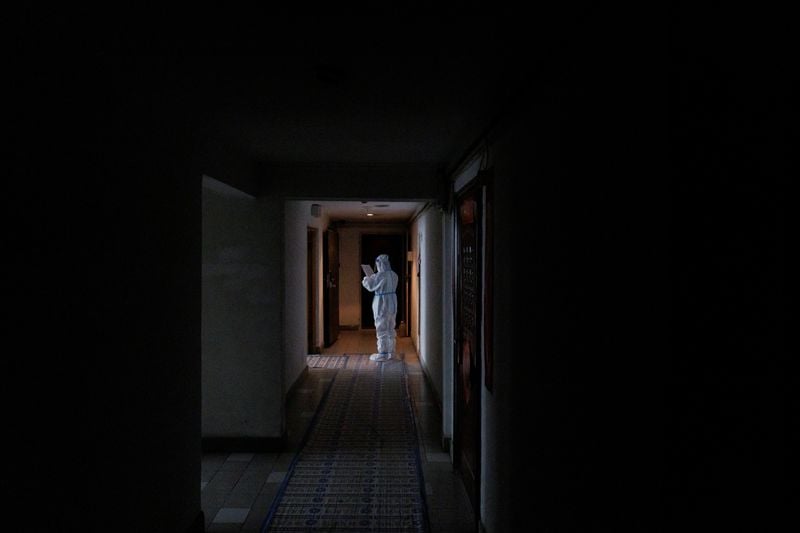 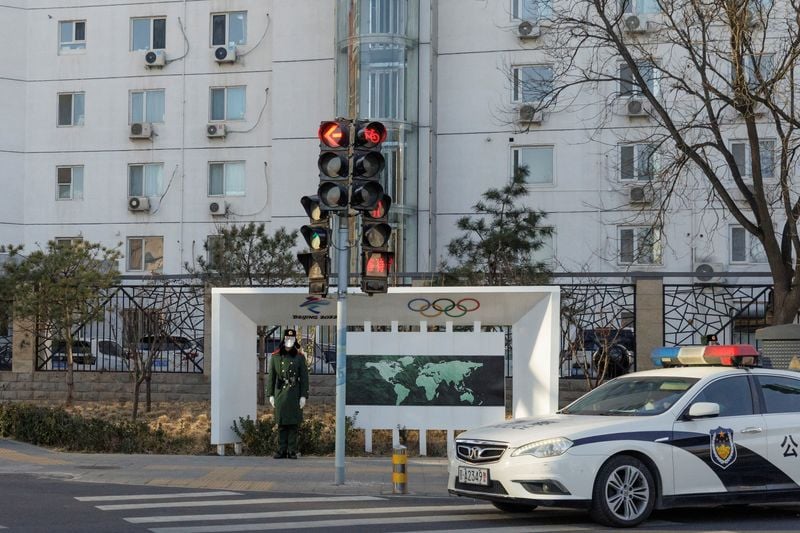