WASHINGTON (Reuters) – A bipartisan group of more than 40 U.S. senators warned China on Thursday against any violent crackdown on protests there, saying it would do “extraordinary damage” to the U.S.-China relationship.

The 42 senators, led by Republican Dan Sullivan and Democrat Jeff Merkley, said in a letter to China’s Washington ambassador Qin Gang that they were following the protests in China very carefully.

“We are also closely watching the Chinese Communist Party’s (CCP) reaction to them,” the senators’ letter said, noting Beijing’s violent crackdown on student protesters in 1989 that they said killed hundreds, if not thousands of people.

“We caution the CCP in the strongest possible terms not to once again undertake a violent crackdown on peaceful Chinese protesters who simply want more freedom. If that happens, we believe there will be grave consequences for the U.S.-China relationship, causing extraordinary damage to it,” the letter said.

China has been rocked in recent days by widespread protests against the world’s toughest COVID-19 quarantine protocols, a show of public defiance unprecedented in since President Xi Jinping took power in 2012.

Three decades ago, in the aftermath of the Tiananmen Square crackdown, the United States and many Western governments imposed sanctions against China over the killings.

On Monday, the White House said it backed the right of people to peacefully protest in China but stopped short of criticizing Beijing.

The Democratic administration’s cautious response drew Republican fire but some analysts said it was right approach given the volatile U.S.-China relationship and the risk of playing into a Chinese narrative that accuses “foreign forces” of being behind dissent.

(This story has been corrected to show Sullivan is a Republican, not a Democrat, in paragraph 2) 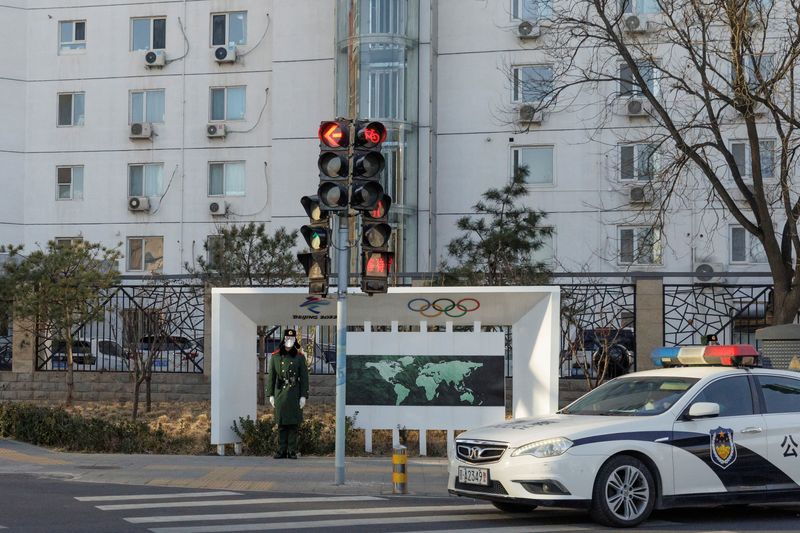 GOP prepping for war amongst themselves in Ocean County