KYIV/MADRID (Reuters) -Ukraine’s embassy in Madrid received a parcel containing animal eyes on Friday, the latest in a series of similar “bloody packages” sent to its diplomatic missions across Europe, Ukrainian and Spanish officials said.

Police cordoned off the compound in the Spanish capital and started searching the area with sniffer dogs.

The packages, soaked in a liquid with a distinctive colour and smell, have been sent to embassies in Hungary, the Netherlands, Poland, Croatia and Italy, to general consulates in Naples and Krakow, and the consulate in Brno, Ukraine foreign ministry spokesperson Oleg Nikolenko said.

“We are studying the meaning of this message,” Nikolenko wrote in a statement on Facebook, adding that Foreign Minister Dmytro Kuleba has ordered all the embassies and consulates concerned to be placed under heightened security.

The bloody missives follow the reception of six letter bombs sent in the past week to addresses in Spain including Ukraine’s embassy in Madrid, Prime Minister Pedro Sanchez and the U.S. Embassy to Madrid, prompting Spain to step up security.

Nikolenko said the entrance to the flat of the ambassador to the Vatican had been vandalised. An embassy source in Rome said human faeces were left in front of the door.

Nikolenko also said that the embassy in Kazakhstan had received a bomb threat, which was subsequently not confirmed.

The embassy in the United States received a letter containing an article that was critical about Ukraine, he said. The letter, like most of the others, originated from one European country, he said, without giving details.

In Madrid, security personnel at the embassy spotted the package, which had a foreign stamp, at about 1300 GMT, Spain’s interior ministry said.

A specialist unit sent to the scene confirmed it did not contain any explosive material, the ministry added.

(Reporting by Pavel Polityuk in Kyiv and David Latona in Madrid; additional reporting by Philip Pullela in Rome; writing by Tom Balmforth and Charlie Devereux; editing by Timothy Heirtage and Andrew Heavens) 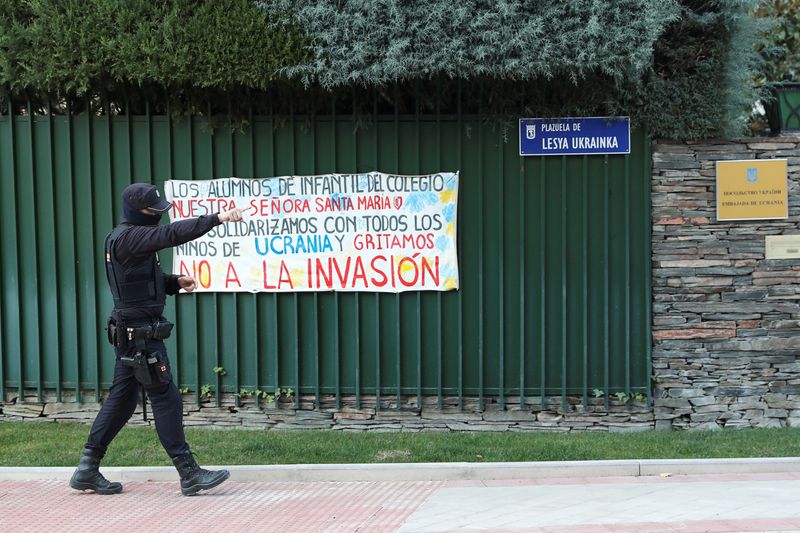 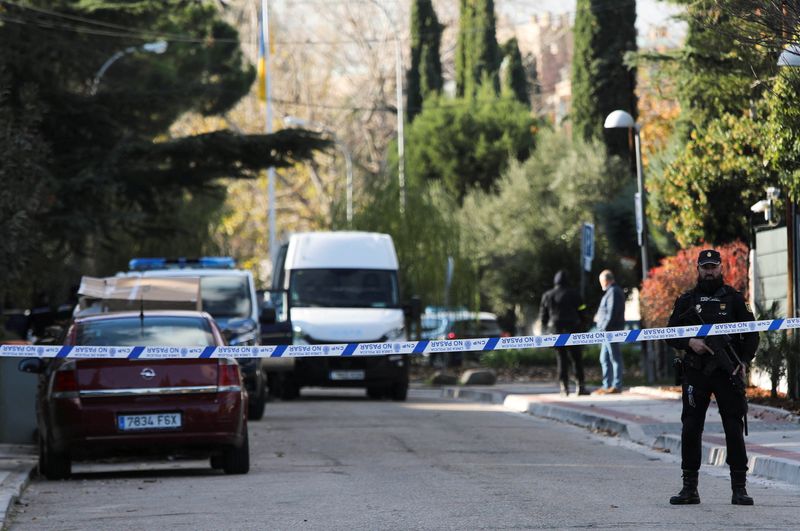 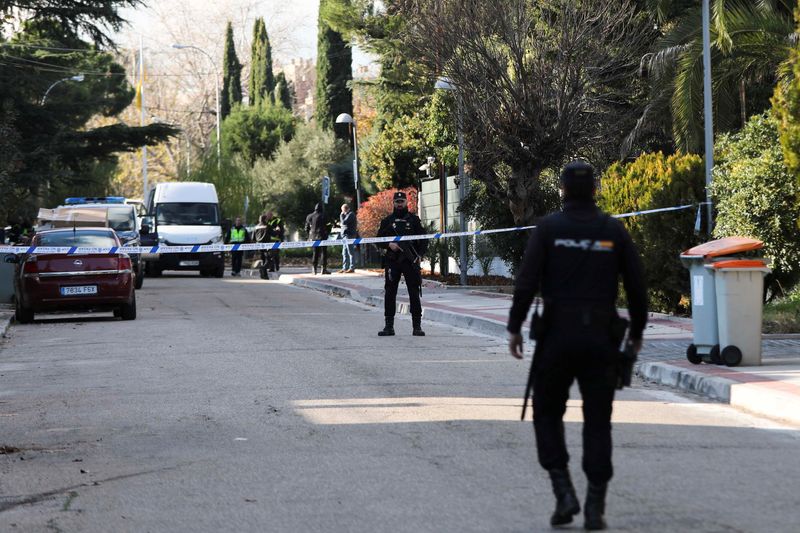 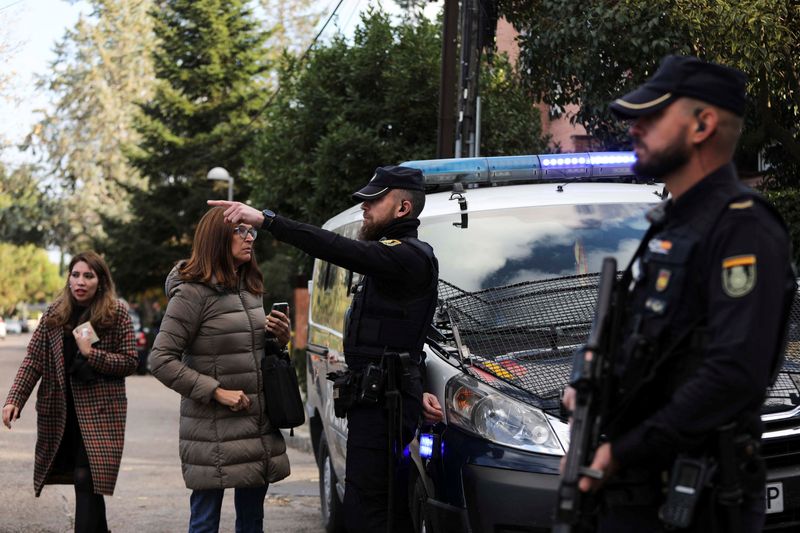 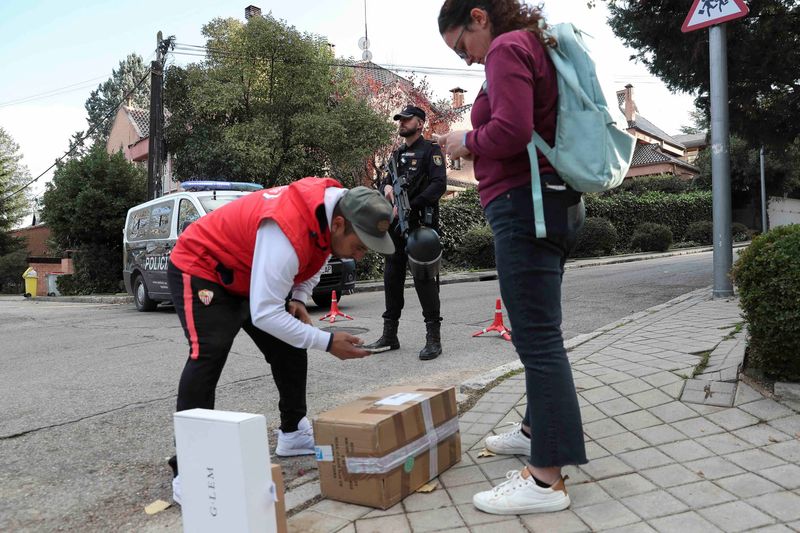