ROME (Reuters) – Italy’s Prime Minister Giorgia Meloni said on Sunday that she may water down plans to make it easier to settle small payments with cash rather than cards, following talks with the European Commission over the issue.

Meloni’s right-wing government has presented a 2023 budget that scraps fines for retailers who refuse cards for payments under 60 euros ($63.23), in a move seen as going against the spirit of commitments taken with the EU.

“Until 60 euros, we would like not to force retailers to accept electronic payments. But let’s say that the 60-euro threshold is indicative, for me it could even be lower,” Meloni said in a video posted on Facebook.

“Besides, there are obviously discussions on this with the European Commission, because the issue of electronic payments is one of the issues of the [EU recovery plan], so we have to see, we’ll see how the discussions end,” she added.

Italy is the biggest recipient of the EU’s post-pandemic recovery fund, standing to receive around 200 billion euros through 2026. But in return, it has to comply with a series of reform “targets and milestones.”

One of them, hammered out under the former administration of Mario Draghi, was the introduction of sanctions for retailers who refuse card payments, as part of measures to fight tax evasion.

Meloni insisted that making it easier to pay cash was not a backhanded way of helping tax dodging – an endemic problem in Italy, where more than 100 billion euros are evaded each year, according to Treasury data.

She said the same about another controversial proposal from the draft budget, which has yet to be approved by parliament: raising the cap on cash payments to 5,000 euros, from a limit of 1,000 euros that was due to kick in on Jan. 1. 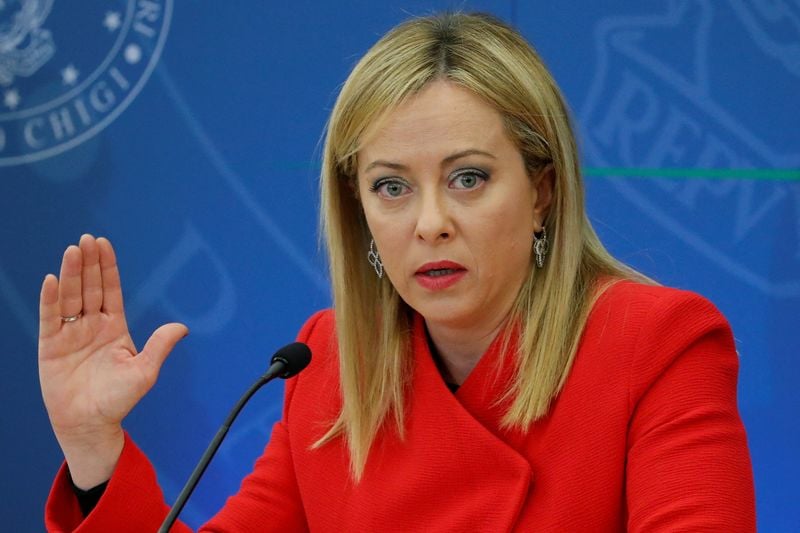