By Yoruk Bahceli and Dhara Ranasinghe

LONDON (Reuters) -While there has been little wider fallout from this week’s surge in redemption requests at an unlisted Blackstone real estate income trust (REIT), it is being read by some as a warning sign.

Blackstone limited withdrawals from its $69 billion unlisted REIT on Thursday after redemption requests hit pre-set limits amid investor concerns it was slow to adjust valuations as interest rates surged, a source close to the fund said.

The development is yet another reminder of the risks facing not just sectors that are sensitive to higher interest rates but also broader financial markets, which have rallied sharply on hopes that interest rate hikes will slow.

“We have to be careful – rates have risen sharply and there will be a fallout for some asset classes,” Seema Shah, chief strategist at $500 billion asset manager Principal Global Investors, said of the potential pitfalls ahead.

“REITS had a fantastic performance for a couple of months but when you have that outperformance, investors don’t react to traditional fundamental signals such as rising rates,” she said.

Blackstone’s shares were down around 0.2% on Friday afternoon after falling 7.1% on Thursday.

Big developed economies have raised rates by a combined 2,440 basis points in this monetary tightening cycle to date. This excludes Japan, which has kept rates at -0.1%.

The U.S. Federal Reserve has raised its policy rate by 375 basis points this year to a 3.75%-4.00% range in the fastest rate-hiking cycle since the 1980s in its inflation fight.

But in recent weeks expectations have risen that the Fed will “pivot” from aggressive tightening, prompting investors to price in lower peak interest rates.

That helped spark the biggest monthly drop in 10-year Treasury yields since the height of the COVID-19 pandemic in 2020. Public REITS have rallied with the U.S. stock market, which is up over 15% since mid-October.

“As long as you have complacency, and there is some complacency that the Fed can engineer a soft landing, that can trigger some pain and so events like this are small flag posts for the ramifications of progressive rising rates,” Shah said.

Investors said they expected further declines in REITs and the property sector.

“The fact is that most retail investors, and defined benefit scheme investors due to de-risking strategies, are electing to reduce their real estate holdings across the board where they can as values in direct real estate reprice alongside rates normalisation,” said Chris Taylor, chief executive of real estate at Federated Hermes.

But there is a broader caveat for markets seeing their fair share of warnings this year from bets placed in a low-rates era.

And as the mini-budget briefly triggered a ratcheting up in BoE rate-rise bets, UK REITS fell 17% to their lowest level since 2012, before recovering..

Kaspar Hense, a portfolio manager at BlueBay Asset Management, which manages assets worth more than $92 billion, said the REIT news was an example of the risks private markets face in a rising rates environment.

Blackstone has reported a 9.3% year-to-date net return for the REIT, while the publicly traded Dow Jones U.S. Select REIT Total Return Index has slumped over 22% over the same period.

A Blackstone spokesperson declined to comment on how the New York-based firm calculates the valuation of its REIT, but said its portfolio was concentrated in rental housing and logistics in the southern and western United States that have short duration leases and rents outpacing inflation.

At least one analyst, Morgan Stanley’s Michael Cyprys, said the market’s reaction to the news was “overdone.”

While limitations on redemption requests, year-end tax planning decisions and investor reallocations could spur more redemptions in the near-term, a “strong performance track record, supportive market fundamentals, and scope for an improved macro backdrop should help alleviate potential outflow pressure,” he wrote in a research report.

Others were less sanguine. One concern is the potential for big differences between the valuation of public assets and private assets, which are often not priced to reflect movements in public markets.

For investors who piled into private markets and riskier assets in a bid to boost returns during years of low rates and easy cash, this could now prove even riskier.

“The prolonged period of very cheap money and abundant liquidity encouraged some asset managers to offer relatively liquid products that invest in relatively illiquid assets. These products behave differently in a world of patchy liquidity,” Mohamed El-Erian, an advisor to Allianz, said in a Twitter post. 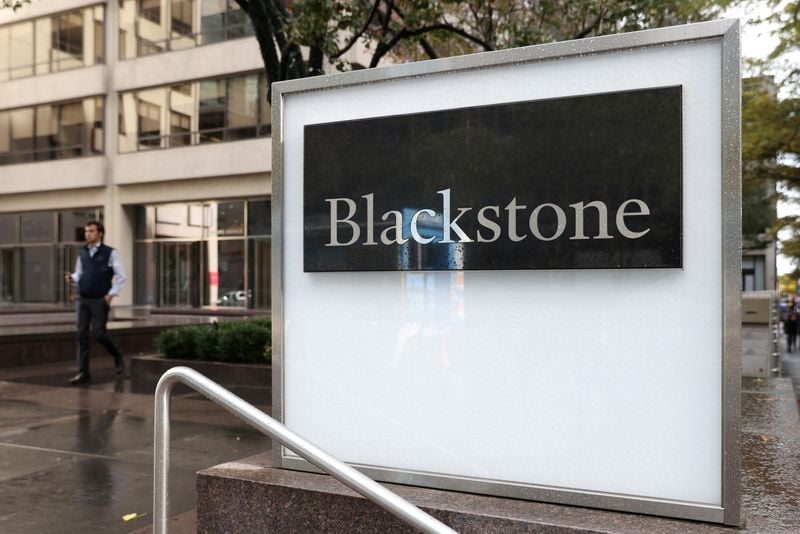