BUDAPEST (Reuters) -Hungary’s inflation could be between 15% and 18% next year, the National Bank of Hungary’s governor said on Monday, sharply criticising the government’s price caps imposed on fuels, basic foodstuffs and mortgages.

Governor Gyorgy Matolcsy told a parliamentary committee that “all price caps should be phased out immediately”, according to a transcript of the meeting released to Reuters, in which he also slammed the government’s expansionary fiscal policy in 2021, which he said had exacerbated inflationary pressures.

“We, the NBH have warned that the government’s crisis management strategy of the past half year has been wrong,” Matolcsy said, referring to the price caps, voicing unusually strong criticism of government measures.

He said the price caps had prompted retailers to raise the prices of other, non-capped-price products, adding 3% to 4% to inflation.

Matolcsy has been an ally of Prime Minister Viktor Orban, and rarely criticised the government in the past.

He also cited the fuel price cap, which has encouraged people to consume more despite the energy crisis, saying it was “absurd”. Retail sales data earlier on Monday showed fuel sales jumped 19.7% in annual terms in October.

“We have said this to the government several times,” Matolcsy said referring to ending the price control measures.

The National Bank of Hungary left its base rate unchanged at 13% in late November and pledged to maintain tight monetary conditions for a “prolonged period”, with inflation only set to decrease more significantly from mid-2023.

Matolcsy told the committee that annual inflation, which was running at 21.1% in October, was now largely driven by a surge in food prices, which was due to low productivity and monopolies in the Hungarian food sector and a high share of imports.

Average inflation in 2022 was expected to come in at 13.5%-14.5%, the central bank predicted in September. November consumer price data are due on Thursday, with a Reuters poll of analysts seeing annual inflation at 22.2%.

Matolcsy said inflation was the “number one enemy”, adding that the NBH would fight it with all possible means.

(Reporting by Krisztina Than; Editing by Crispian Balmer) 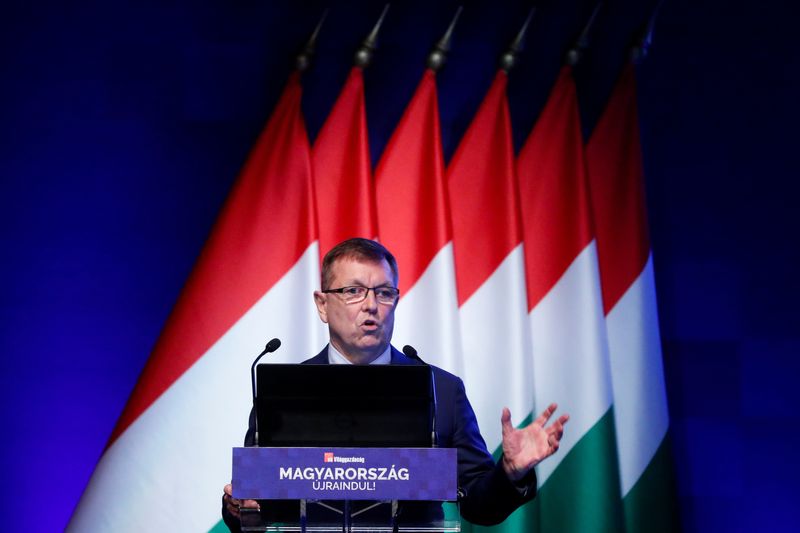