(This Dec. 5 story has been refiled to clarify the description of the academic in paragraph 1)

By Leika Kihara and Takahiko Wada

TOKYO (Reuters) – The Bank of Japan (BOJ) may abandon its 10-year bond yield cap as early as next year on growing prospects that inflation and wages will overshoot expectations, said Takeo Hoshi, an academic with deep knowledge of Japanese monetary policy.

The BOJ must maintain ultra-loose policy for the time being to convince the public that it is serious about reflating the economy long enough to generate sustained inflation, said Hoshi, an economics professor at the University of Tokyo.

But the central bank must also guard against the risk of inflation well exceeding its expectations, as intensifying labour shortages lift wages not just for part-time but permanent workers, he told Reuters in an interview on Monday.

With inflation expectations already “sufficiently” high, core consumer inflation could exceed the BOJ’s 2% target next fiscal year, and open scope for the central bank to abandon its 0% target for the 10-year bond yield, Hoshi said.

“Prices didn’t rise much in Japan in the past, but that’s changing,” Hoshi said. “Japan might enter an era of high inflation. The BOJ must start worrying about the possibility of inflation accelerating more than expected.”

A member of various government committees and an expert on macroeconomic policy, Hoshi spoke as a panelist at the BOJ’s workshop on Nov. 25 that discussed Japan’s wage dynamics.

Under yield curve control (YCC), the BOJ guides short-term interest rates at -0.1% and pledges to guide the 10-year bond yield around 0%. It also gobbles up government bonds and risky assets as part of efforts to sustainably achieve 2% inflation.

The central bank has been forced to offer buying unlimited amounts of 10-year government bonds to defend the yield target, a move criticised by investors for draining bond market liquidity and distorting the shape of the yield curve.

If the BOJ were to normalise monetary policy, it will do so in several stages starting with the removal of the 10-year yield target that is distorting the shape of the yield curve, he said.

The central bank will then reduce the size of its balance sheet by slowing or ending asset purchases, before moving onto raising short-term interest rates, Hoshi said.

In a less favourable scenario, the BOJ could be forced into abandoning YCC as early as next year if upward pressure on global interest rates persists, he added.

The BOJ has been an outlier amid a global wave of central banks tightening monetary policy, even as rising raw material prices push core consumer inflation above its 2% target.

BOJ Governor Haruhiko Kuroda has ruled out withdrawing stimulus unless the recent cost-push inflation is accompanied by higher growth in wages, which remains stubbornly low.

Under current projections made in October, the BOJ expects core consumer inflation to hit 2.9% in the current fiscal year ending in March 2023, before slowing to 1.6% next fiscal year. 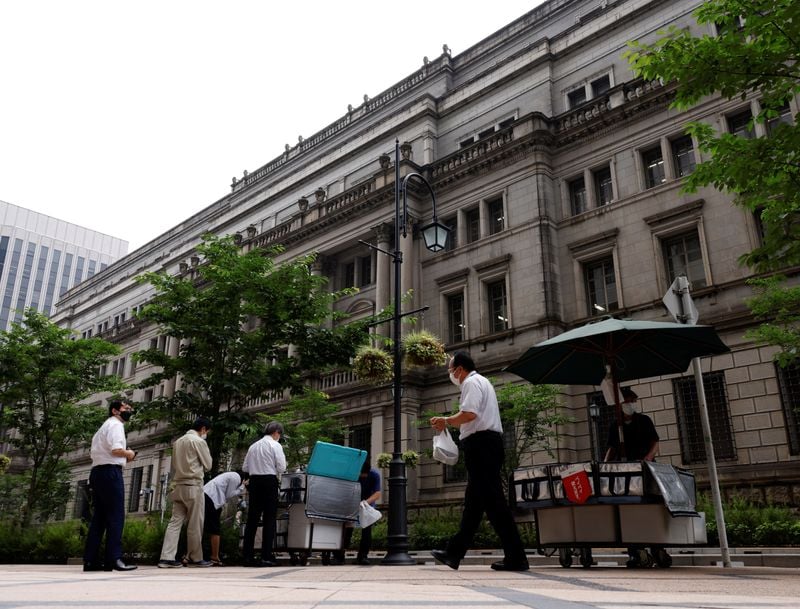