Conservative activist Scott Presler told the group to make sure the targets of their door-knocking had a plan to vote in person on Tuesday or to submit their absentee ballots on time in the runoff between Walker and his Democratic opponent, Senator Raphael Warnock.

“I’m here with you because I understand the gravity of this election,” Presler said.

A lot is at stake in the battleground state race, the most expensive in the 2022 cycle, with total spending of nearly $400 million, campaign finance data shows.

Democrats secured effective control of the Senate in the Nov. 8 general election, while Republicans won the U.S. House of Representatives.

A Warnock victory would give his party an outright majority of 51 seats in the upper chamber and a measure of sway over committees and judicial appointments. A Walker win would boost Republicans’ chances of blocking President Joe Biden’s agenda.

More than 1.85 million Georgians have already cast a ballot during an early voting period, which closed on Friday, according to the Secretary of State’s office, and the state set multiple single-day records for early voting last week.

The early vote is expected to have leaned Democratic, political experts from both parties say, meaning the Walker campaign goes into Tuesday with a sizeable deficit. Republicans, however, tend to vote in bigger numbers on Election Day.

Recent polling shows Warnock slightly ahead of Walker, who was endorsed by former President Donald Trump, but the difference has been close to or within the margin of error.

“The person that wins this election is the person with the best ground game and the best efforts to turn out their base once again,” said Republican strategist Julianne Thompson. “It is going to be a nailbiter.”

The surge in early voting is a sign that both campaigns have employed effective get-out-the-vote strategies, with Walker eating into Warnock’s advantage as last week wore on, said Fred Hicks, a veteran Democratic strategist in Atlanta.

Hicks estimates that Warnock has a cushion going into Tuesday of about 130,000 votes, based on his analysis on turnout by voters who participated in this year’s primaries.

The Senate runoff is the second in Georgia in two years. Warnock, a pastor at Ebenezer Baptist Church, the Atlanta church civil rights leader Martin Luther King Jr. led, first won his seat in a runoff in January 2021.

To excite the base, Warnock last week solicited help from the likes of singer-songwriter Dave Matthews, who joined a rally, and former President Barack Obama, who sought to paint Walker as unfit for office in a speech that went viral.

Walker appeared at a campaign rally with Republican Governor Brian Kemp, a popular figure in the state who easily won re-election last month. Kemp, who kept his distance during the general election, has also lent his campaign infrastructure to Walker, providing an operational boost.

Trump, in contrast, has not appeared with the football icon in Georgia after several Republicans warned his presence could turn off moderates, including in the crucial Atlanta suburbs.

Walker’s campaign has been plagued by accusations that he abused girlfriends in the past and paid for their abortions, undercutting his anti-abortion stance. Recently, he has faced allegations that he maintains his primary residence in Texas, not Georgia. Walker has denied the charges.

Warnock has held a clear financial advantage, with money pouring in from super PACs and out-of-state supporters.

During the runoff election, outside groups have spent more than $43 million on advertisements and other expenses in support of Warnock or in opposition to Walker, according to campaign finance data compiled by OpenSecrets, a nonprofit that tracks money in politics. That compares to the $28 million spent in support of Walker or opposition to Warnock.

The spending differential is evident to Republican strategist Brian Robinson, who said every time he uses Google or YouTube he sees ads supporting Warnock, while his wife, a staunch Republican, has received mail about abortion rights. 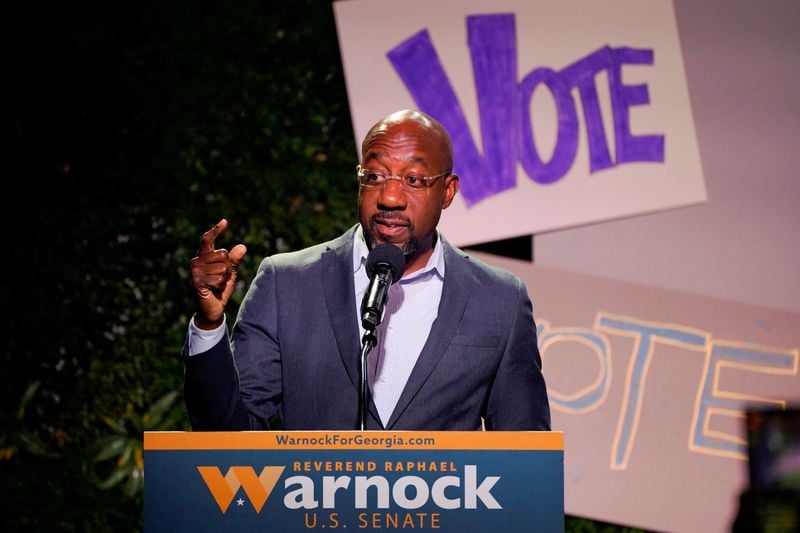 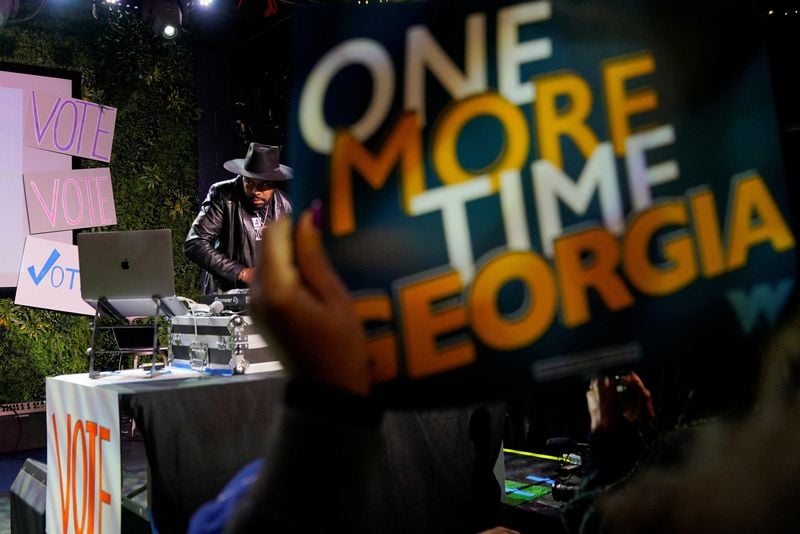 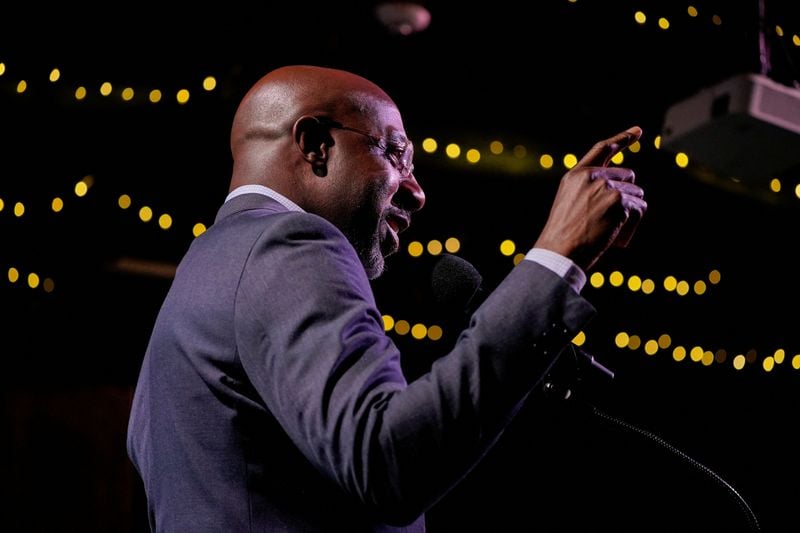 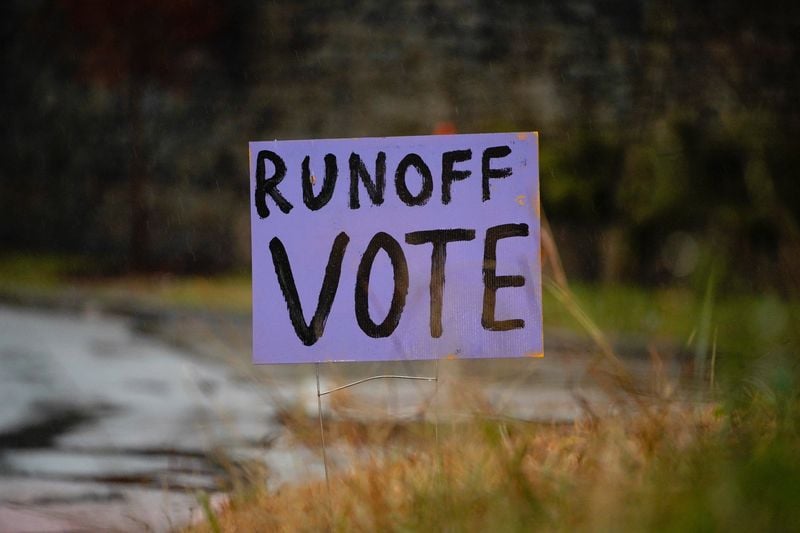 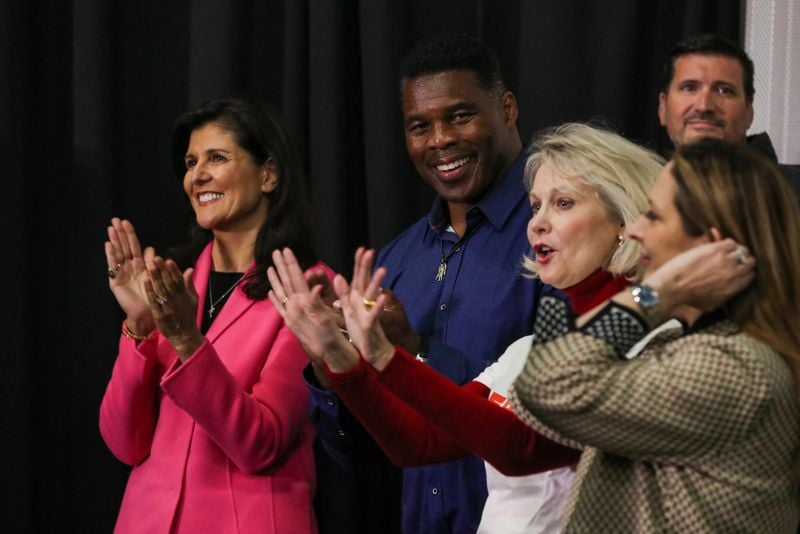