By Dave Sherwood and Nelson Acosta

HAVANA (Reuters) – The United States is blocking some of Cuba´s top players from participating in the upcoming World Baseball Classic, Cuba´s vice foreign minister said on Wednesday, the latest in a series of spats over a sport beloved by fans in both nations.

Cuba last month asked several players who in recent years had defected from the Caribbean island – long famed for its baseball talent – to represent their home country in the World Baseball Classic in March 2023. Others volunteered on their own.

Vice Foreign Minister Carlos Fernandez de Cossio said that development was a “positive step,” marking a change in tone in a country that has long branded defectors as traitors who abandoned their homeland.

But he said the United States, despite authorizing Cuba´s participation in the Classic, had yet to approve U.S.-based Cuban players competing in the event with their home country team.

“In the U.S. everything to do with Cuba is prohibited,” de Cossio told Reuters in an interview in Havana. “Doing business, travel, having a drink in Cuba, even playing baseball if you live in the United States.”

“That is the situation faced by ballplayers trained in Cuba that today play for the big leagues in the United States and who say they are willing to play with their home country team.”

The U.S. State Department did not immediately provide answers to Reuters’ questions.

A U.S. Cold War-era embargo and more recent sanctions prohibit or complicate business and financial transactions with Cuba. Those rules make it impossible for a Cuban ballplayer to sign with a U.S. team without defecting from their home country.

As a result, Cuba´s baseball talent has fled the country in unprecedented numbers in the past decade, emptying dugouts and denting national pride.

More than 650 Cuban ballplayers have defected to the United States and elsewhere over the past six years alone, according to state-run media reports.

Cuba´s talented ballplayers led the country to gold medals in the Olympic Games in Barcelona in 1992, Atlanta in 1996 and Athens in 2004, but the country failed to qualify for the first time for the games in Tokyo in 2020.

Cuba is expected to play its first match in the classic in Taiwan on March 8.

(Reporting by Dave Sherwood and Nelson Acosta in Havana; Additional reporting by Matt Spetalnick in Washington; Editing by Andrea Ricci) 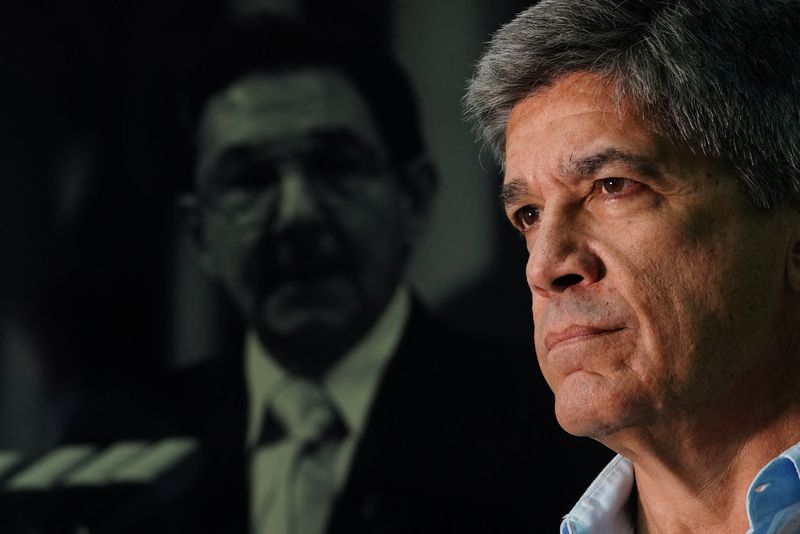