(Reuters) -European shares fell for a fourth straight session on Wednesday, with investors on edge as global recession fears grew, but losses were limited by gains in healthcare stocks.

“There is a sense of nervousness and jitteriness in the markets today,” said Victoria Scholar, head of investment at Interactive Investor, citing more volatility as the year-end approaches.

“Markets are not out of the woods yet with headwinds remaining from the gas crisis, inflation, monetary tightening and the threat of recession.”

A recent stock rally driven by hopes of a less aggressive Federal Reserve has been tested in recent days after strong U.S. economic fuelled fears that the central bank could keep hiking interest rates for longer.

Markets now await a slew of interest rate decisions, including from the Fed and European Central Bank next week, for further clues on the direction of monetary policy.

Banks fell for their third straight session, also weighing on the STOXX 600.

Healthcare shares rose 0.7%. GSK Plc and Sanofi jumped 7.5% and 6.1% respectively, boosting the index after the drugmakers on Tuesday were spared thousands of U.S. lawsuits claiming that the heartburn drug Zantac caused cancer.

Airbus fell 2.2% as the world’s largest planemaker abandoned a numerical forecast for jet deliveries and a date for its key production goal. 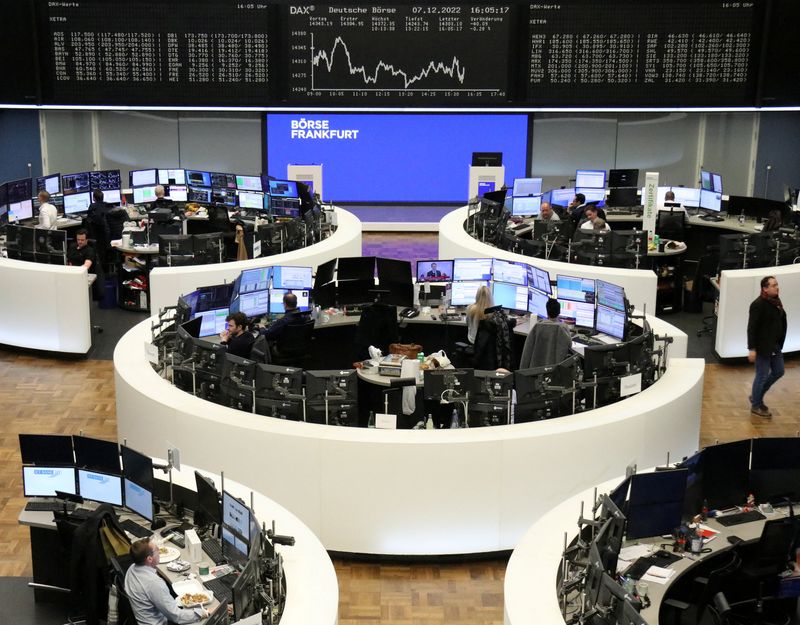 Homeless man sets himself on fire inside bus station