BENGALURU (Reuters) – The Reserve Bank of India’s key repo rate was raised by 35 basis points (bps) on Wednesday as widely expected, the fifth straight increase as inflation remains elevated, and the central bank says that there will be no let up in flight to tame inflation.

The monetary policy committee (MPC), comprising three members from the RBI and three external members, raised the key lending rate or the repo rate to 6.25% in a majority decision. Five of the six members voted in favour of the decision.

“Essentially, the MPC has kept faith in the resilience of the domestic economy and has only marginally revised its GDP growth forecast to 6.8% in FY23, despite the increased global headwinds. This is consistent with our view that domestic demand has seen a healthy momentum in the current year and is likely to sustain given the expected recovery in rural demand.”

“Acuite expects a further rise in bank deposit rates over the next two quarters to the extent of 50-100 bps, given the narrative from MPC and the continuing momentum in credit growth. The pass-through of higher rates to home loans may start to impact the demand for housing, particularly in the mid- to high-ticket segment.”

“By retaining its stance at ‘withdrawal of accommodation’, underlining that the policy rate adjusted for inflation is still accommodative, and stating that “the battle against inflation is not over”, (RBI) Governor (Shaktikanta) Das has continued to talk hawkish.”

“However, interestingly, he concluded his statement by stating that future policy action will remain data-dependent and will consider the monetary policy tightening already delivered so far. The MPC also continues to remain split, with one dissent in favour of a pause, and two dissents against the current stance, further suggesting that the rate hiking cycle is nearing its end.”

“On initial thoughts is that today’s MPC sounds hawkish – rate hiked by 35 bps, no change in stance and 5:1 voting are hawkish news. However, the pace of rate hikes is reducing from 50 bps to 35 bps, in line with expected global hikes.”

“Yields are range bound between 7.25% to 7.35%. This calls for an investment opportunity in long-duration fixed income funds depending on risk appetite. Going ahead, we are expecting a 25 bps hike by April. The market needs to keep a close watch on global rate hikes and sticky core inflation.”

“We expect that going forward, demand pressure to continue and this would indeed escalate price pressure. Even the pass-through of firms to consumers is yet to materialize as highlighted in the Q2 corporate results. In Nov ’22 as well, price pressure in cereals, milk, pulses and spices persist, so considerable risk to headline CPI print cannot be ruled out completely.”

“The RBI MPC raised the repo rate by 35 basis points to 6.25% with a 5-1 vote. The stance remained focused on the withdrawal of accommodation. While this was ours as well as market consensus, it seems like we may not be fully done with the rate hiking cycle. The inflation guard continues to remain.”

The U.S. Federal Reserve’s FOMC outcome in the coming week remains key, Iyer said. “Expect bond markets to give up some gains and trade rangebound as global growth concerns dominate.”

“The statement was slightly more hawkish than perhaps expected by markets, with no indication that the central bank is coming to the end of its rate hiking cycle for now.”

“The reiteration of the fact that growth continues to be resilient while there are upside risks to inflation suggests the central bank’s resolve to not let up its fight against inflation continues. This, at the margin, could provide soft support for the rupee — especially ahead of the U.S. Federal Reserve meeting next week. We continue to expect another rate hike in the Feb policy of 25 bps.”

“However, as long as interest rates remain in single digits (mainly within 9.5%) the impact on housing will at best be moderate. If they breach this point, we will see some real pressure on residential sales volumes in the months to come, especially in the affordable and lower mid-range housing segments. The impact of the last four consecutive rate hikes early this year was minimal.”

“The MPC expectedly delivered a 35 bps hike, with a 5-1 vote, and kept its stance unchanged at ‘withdrawal of accommodation’. The tone was still cautious and data-dependent, and with the governor emphasizing the need to calibrate the policy.”

“At this point, we still think that the RBI would not turn too restrictive. However, the extent of global disruption will remain key. We are closely watching the global pace of inflation deceleration and how the impending recession will shape DM central bank policies, which could influence the RBI’s reaction. The still-fluid global situation might require frequent adjustments in macro and policy assessments ahead as far as terminal rates are concerned.”

“The MPC delivered the 35 bps hike as expected while retaining the stance as ‘withdrawal of accommodation.’ We continue to expect the focus of MPC to remain in a watchful mode as uncertainties on inflation settle down. We see a possibility of another 25 bps rate hike before a prolonged pause.” 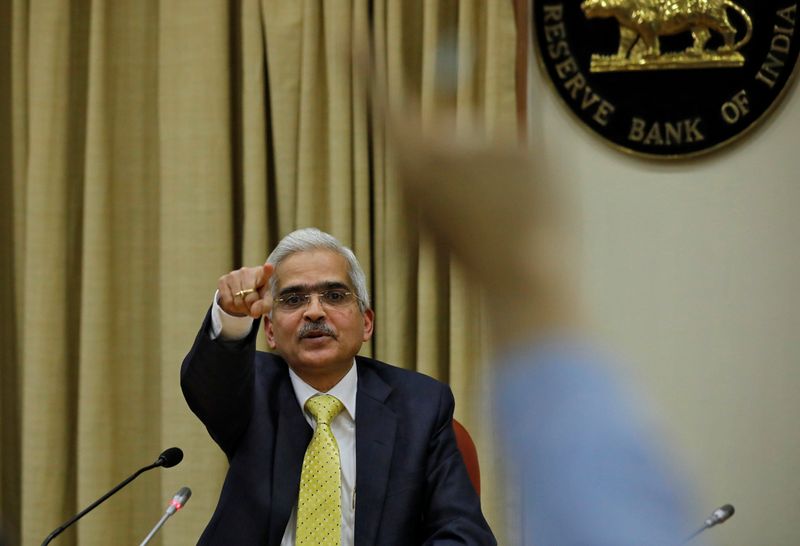