(Reuters) -The family of an African refugee who was shot and killed during a traffic stop in Grand Rapids, Michigan, has filed a civil lawsuit seeking $100 million in damages against the city and the former police officer charged with murdering him.

The suit was filed on Wednesday in the U.S. District Court in Western Michigan, according to the complaint, on behalf of the family of Patrick Lyoya, a 26-year-old father and immigrant from the Democratic Republic of Congo.

Lyoya was fatally shot in the back of the head in April by former officer Christopher Schurr, 31, during an altercation that was caught on cell phone video and later released to the public. In June, Schurr pleaded not guilty to a charge of second-degree murder.

The suit alleges that Grand Rapids, a western Michigan city of about 200,000 residents, had in place policies that allowed for use of excessive force by Schurr.

The Lyoya family is represented by attorneys Ben Crump and Ven Johnson, who said they have “overwhelming evidence” proving Schurr violated federal law in racially profiling and using excessive force against Lyoya.

“We have not yet received the lawsuit and are unable to address the specifics,” Grand Rapids spokesperson Steve Guitar said in a statement. “Upon receipt, we will review the lawsuit and respond appropriately in court.”

An attorney for Schurr did not immediately respond to a request for comment.

Speaking at a news conference, Crump said Lyoya was “unjustly executed” and that his death reflected a long-standing issue for Black drivers nationally.

“We’re filing this $100 million driving-while-Black lawsuit so his son’s life won’t be in vain,” Crump said, referring to Lyoya’s father Peter, who was in the room and is a plaintiff in the complaint. “We want it to be a deterrent for the next officer who pulls (over) a Black motorist.”

Johnson cited a 2017 study showing that Black drivers in Grand Rapids were more than twice as likely than white drivers to be stopped by police, despite making up 14% of the city’s population.

A forensic pathologist who performed an independent autopsy on Lyoya concluded that the officer held his gun to the back of Lyoya’s head and fired once.

Videos of the incident, which were made public in April, show Lyoya stepping out of the car on a rainy street, seemingly confused and asking “What did I do?” as the policeman repeatedly asks for a driver’s license and orders him to get back inside the vehicle.

Lyoya appeared to be complying, but then closed the driver’s side door and attempted to walk away, resisting the officer’s attempts to handcuff him.

Following a short chase on foot, the two men grappled on a lawn, at one point appearing to struggle over the officer’s stun gun. The two had fallen to the ground when the officer drew his firearm and fired one shot in the back of Lyoya’s head, video footage shows.

The attempted arrest unfolded after the officer stopped Lyoya over suspicions involving his license plate. 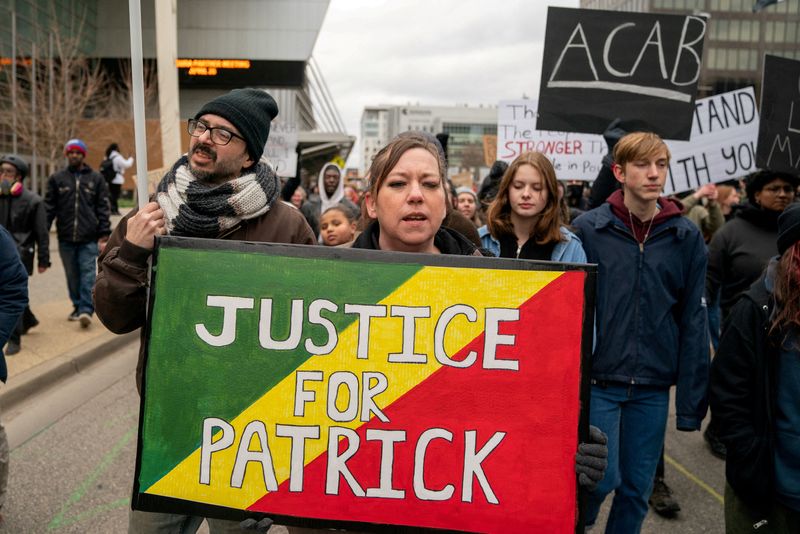 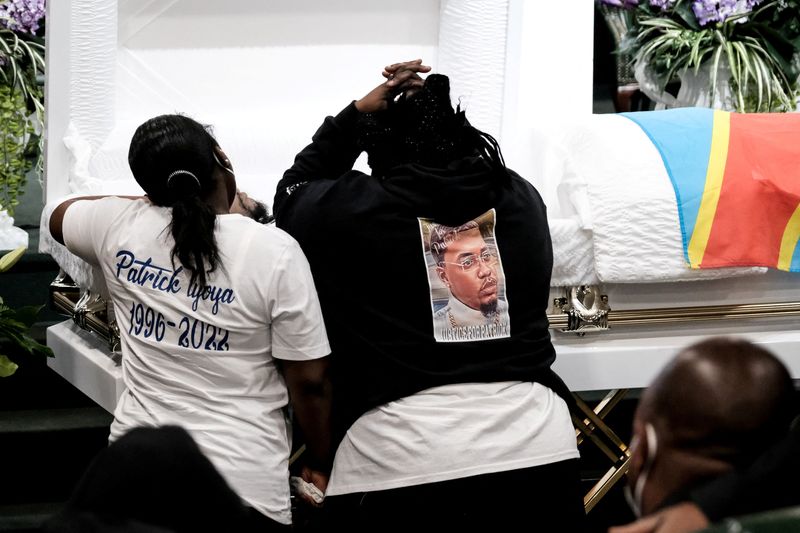