TAIPEI (Reuters) -Taiwan’s exports fell for the third straight month in November and more sharply than forecast due to the worsening state of theglobal economy and China’s COVID-19 curbs, with inflation and interest rate rises weighing on demand across the world.

Exports dropped 13.1% by value last month from a year earlier to $36.13 billion, the lowest figure in 19 months and the sharpest fall in almost seven years, the Ministry of Finance said on Wednesday.

That was much worse than a forecast for a 6.7% contraction in a Reuters poll, and followed a 0.5% drop in October.

Taiwan’s total exports of electronics components in November fell 4.9% to $15.15 billion, the first drop in three-and-a-half years, with semiconductor exports down 3.4% from a year earlier.

Firms such as TSMC, the world’s largest contract chipmaker, are major suppliers to Apple Inc and other global tech giants, as well as providers of chips for auto companies and lower-end consumer goods.

Taiwan’s exports to China, the island’s largest trading partner, plunged an annual 20.9% to $13.56 billion in November, after a 9.2% drop in October.

Data earlier on Wednesday showed China’s exports and imports shrank at their steepest pace in at least 2-1/2 years in November, as feeble global and domestic demand, COVID-led production disruptions and a property slump at home piled pressure on the world’s second-biggest economy.

Tony Phoo, senior economist for northeast Asia at Standard Chartered Bank, said weakening demand may continue until the first and second quarters of next year for Taiwan.

“If it continues into the second half of next year, Taiwan’s officially estimated economic growth rate of more than 2% next year will be under pressure,” he said.

Taiwan’s finance ministry said risks ahead included uncertainty around China’s coronavirus policy and the U.S.-China tech war, adding that December exports could contract in a range of 8% to 12% from a year earlier.

The ministry’s Tsai said fourth quarter exports -traditionally a busy season ahead of Christmas – could drop more than 7% year-on-year.

November’s exports to the United States were down 11.3%, compared with a 3.1% expansion recorded the previous month.

Taiwan’s November imports, often seen as a leading indicator of re-exports of finished products, fell 8.6% to $32.7 billion, compared with economists’ expectations of a 0.6% rise and after an increase of 8.2% in October. 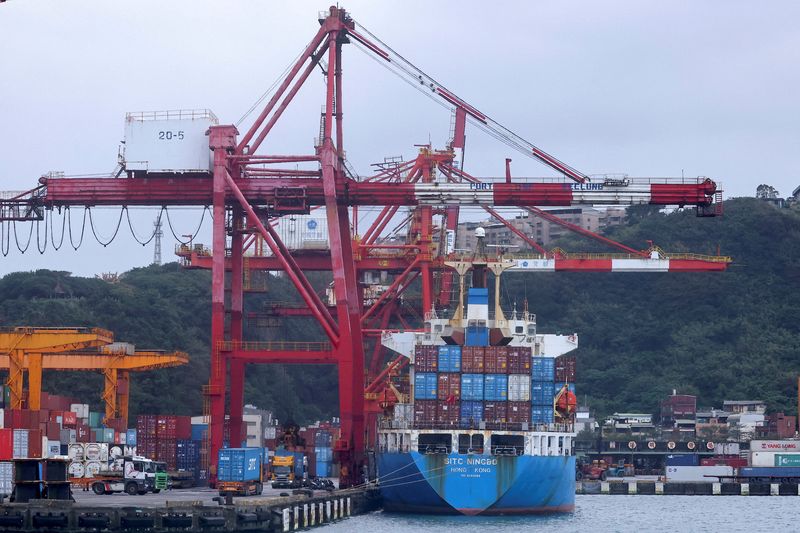