By Anant Chandak and Milounee Purohit

BENGALURU (Reuters) – India consumer price inflation likely cooled to a nine-month low of 6.40% in November mainly due to a moderation in food prices, according to a Reuters poll of economists.

Inflation has stayed above the upper end of the Reserve Bank of India’s 2%-6% tolerance band all year and this has triggered 225 basis points of interest rate rises to the repo rate so far, taking it to 6.25%.

If the inflation forecast is correct, the decline would take it to where it was just before Russia invaded Ukraine in February, which sent global food and commodity prices soaring.

The RBI raised interest rates by a smaller 35 basis points on Wednesday following three successive 50-basis-point rises and is due to raise them again by 25 basis points early in 2023.

The central bank maintained its inflation forecast for financial year 2022/23 at 6.7%, the same as a recent Reuters poll. But economists were not ready to say the downtrend over the last few months is here to stay.

“To be sure, policymakers will have to be vigilant because headline CPI inflation is still expected to be sticky, and average 6.5% between October 2022 and March 2023, in our view,” noted economists at J.P. Morgan.

“Monthly momentum of core inflation re-accelerated in September and October to 0.5-0.6% which translated into 6.5% year-over-year in October. Furthermore, there are upside risks to food inflation particularly from cereals.” 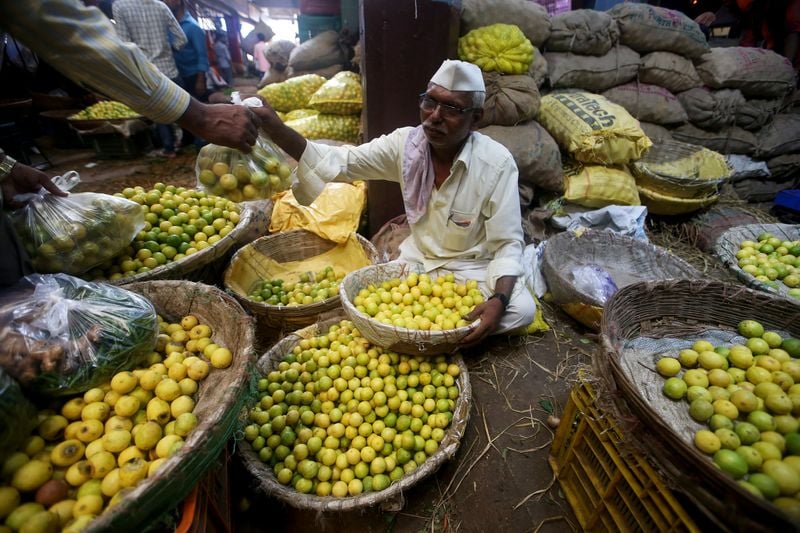