(Reuters) -U.S. basketball star Brittney Griner was released on Thursday in a prisoner swap with Russia after the two-time Olympic champion and Women’s National Basketball Association (WNBA) player spent more than nine months detained on a drug possession offense. Here are some comments in reaction to her release:

“Moments ago I spoke to Brittney Griner. She’s safe. She’s on a plane. She’s on her way home after months of being unjustly detained in Russia, held under intolerable circumstances.”

“I am standing here overwhelmed with emotions, but the most important emotion I have right now is sincere gratitude for President Biden and his entire administration. Today, my family is whole, but there are so many other families who are not whole. (Griner) and I will remain committed to getting every American home.”

“Today, Brittney Griner’s wrongful detention in Russia finally ends and she is on her way home to be reunited with her family. Her release is the product of painstaking negotiations and @POTUS’ commitment to bring home every U.S. citizen wrongfully detained anywhere in the world.”

“Grateful for the long-overdue release of Brittney Griner today from Russian custody. Kudos to @POTUS and his administration for the difficult diplomatic work involved to make it happen. We’re looking forward to having Brittney back home.”

“This is a very bad mistake by the Biden administration. This is not a deal, this is not a swap, this is a surrender. Terrorists and rogue states all around the world will take note of this and it endangers other Americans in the future.”

“For nearly 10 long months, Brittney Griner suffered unthinkable trauma as she was wrongfully imprisoned by the Russian government. President Biden, Secretary Blinken and the many hard-working national security professionals are to be commended for their tireless, steadfast work to bring Brittney home.”

“This time, U.S. government officials let us know in advance that Paul would be left behind (12/7/2022), unlike last April when they left him. That early warning meant that our family has been able to mentally prepare for what is now a public disappointment for us. And a catastrophe for Paul.”

“While we celebrate Brittney’s release, Paul Whelan and his family continue to suffer needlessly. Despite our ceaseless efforts, the Russian government has not yet been willing to bring a long overdue end to his wrongful detention. I wholeheartedly wish we could have brought Paul home today on the same plane with Brittney.”

“It is always good news when an American returns home after being wrongfully detained abroad. I am glad for Brittney Griner and her family, and wish her the best as she returns home to her loved ones. It must be clear that Paul Whelan should have been part of this deal; he is a Marine who fought for our country, and he is a hero.”

“I think it’s important that we recognize that this was an unlawful detention. She should have never been detained. I thank the president for doing this and getting her home.”

“So a basketball star is released, we can celebrate, but what about Paul Whelan? An American unjustly detained for years. May not be high profile but he is innocent. Surely an arms dealer is worth two innocent people?”

“It is always a relief when a U.S. citizen comes home. Unfortunately, the Biden administration’s handling of this situation leaves behind other Americans, like veteran Marine Paul Whalen and teacher Marc Fogel. What’s more, Putin and others have seen how detaining high-profile Americans on relatively minor charges can both distract American officials and cause them to release truly bad individuals who belong behind bars.”

“What kind of a deal is it to swap Brittney Griner, a basketball player who openly hates our Country, for the man known as ‘The Merchant of Death,’ who is one of the biggest arms dealers anywhere in the World, and responsible for tens of thousands of deaths and horrific injuries. Why wasn’t former Marine Paul Whelan included in this totally one-sided transaction? He would have been let out for the asking. What a ‘stupid’ and unpatriotic embarrassment for the USA!!!”

(Reporting by Brendan O’Brien in Chicago; Editing by Daniel Wallis) 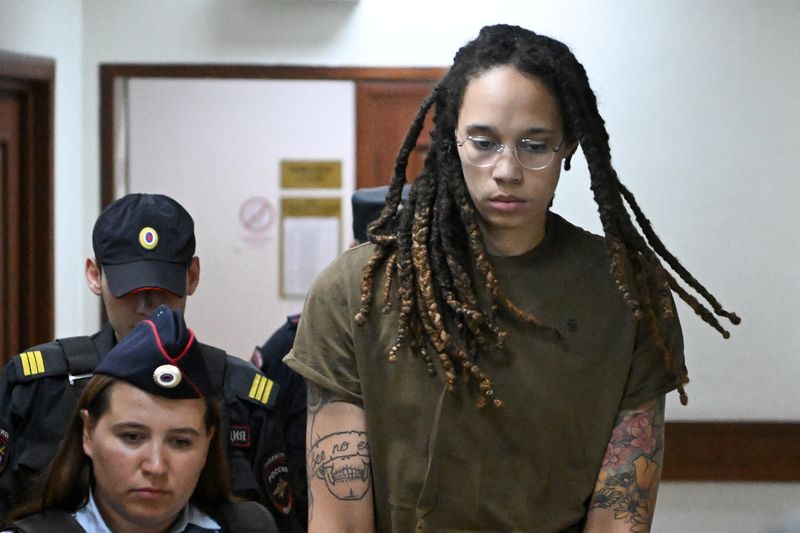