LONDON (Reuters) -British consumer spending picked up in early December, in line with usual seasonal trends as people spent more in the run-up to Christmas, despite a surging cost of living, the Office for National Statistics said on Thursday.

Credit and debit card spending in the week to Dec. 1 – which included ‘Black Friday’ sales promotions – was 13 percentage points higher than a week earlier, according to interbank payments data, which the Bank of England provides to the ONS.

However, spending was flat compared with a year earlier – reflecting a sharp real-terms decline given the high rate of inflation, which hit a 41-year high of 11.1% in October.

The BoE data contrasts with debit card transaction data from card provider Revolut, also published by the ONS on Thursday, which showed a 17 percentage point year-on-year rise in spending and a 4 percentage point increase in the week to Dec. 4.

The weekly increase in the Revolut data was driven by a 13-point rise in entertainment spending.

Britain’s most recent official retail sales data – which unlike the weekly numbers are adjusted for inflation and the time of year – showed that sales volumes in October were 6.1% lower than a year earlier. 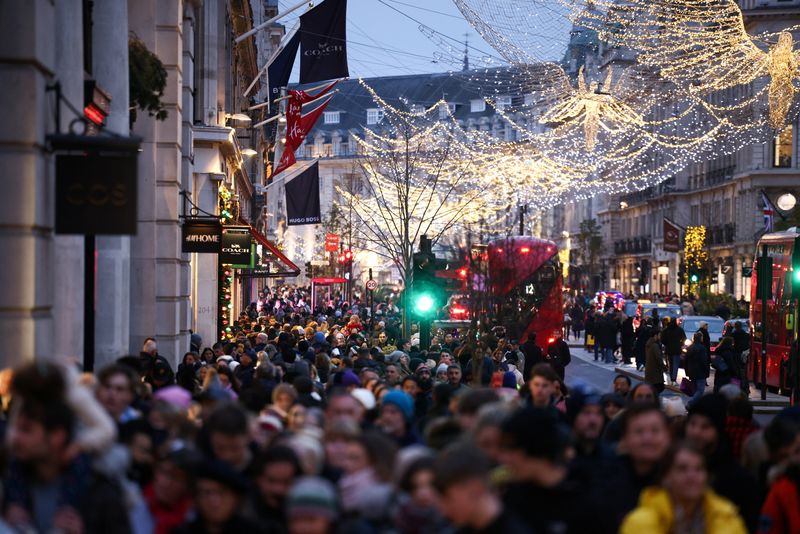