KYIV (Reuters) -Ukraine’s central bank kept its main interest rate unchanged at 25% on Thursday, and said Russian missile strikes on energy facilities were set to have an impact on GDP this year and complicate a quick rebound by the economy.

The central bank increased the main rate to 25% in June to tame double-digit inflation as Russia’s invasion battered the economy. Officials at the bank have said repeatedly since then that they aim to keep it at that level until 2024.

Continued international financing is a key prerequisite for economic stability, the bank said in a statement after its last monetary policy meeting of the year. International financial aid will reach $31 billion this year, it said.

Governor Andriy Pyshnyi said the National Bank of Ukraine expected to receive 18 billion euros ($18.95 billion) from the European Union and $10 billion from the United States in 2023, adding that the government had made progress in its talks with the International Monetary Fund (IMF).

“The main risks for economic development are a longer period of full-scale military aggression by Russia, as well as a further increase in terrorist attacks against critical infrastructure facilities,” the central bank said.

Russia, which invaded Ukraine in February, has increased attacks on energy facilities in recent weeks, with most of the country experiencing severe power shortages and long blackouts.

Nikolaychuk said the central bank would unveil its new macroeconomic forecast in January.

The central bank’s current forecast sees GDP falling by 31.5% this year. The bank had expected the economy to return to growth in 2023, with GDP rising by 4%. The IMF expects Ukraine’s GDP to fall by 35% this year and that the economy will stabilise next year.

Pyshnyi said Ukraine’s banking system had demonstrated remarkable resilience since the start of the war and the central bank was working to ensure it keeps functioning in the event of prolonged blackouts.

“Blackout risks have an impact on all spheres of economic life. We are working to create a clear protocol for interaction in such a situation,” he said.

The bank said consumer inflation had increased to 26.6% in October year-on-year but the acceleration was less than initially expected. It expects inflation to start slowing in the second quarter next year.

The central bank also said it was increasing obligatory reserve requirements for hryvnia and foreign current accounts by five percentage points to 5% and 15% respectively, starting from Jan. 11, 2023.

Yuriy Heletiy, also a deputy governor of the central bank, said the bank would continue its policy of fixing the hryvnia rate to the dollar. For many Ukrainians, the dollar-hryvnia exchange rate is a closely watched indicator of their purchasing power and the overall state of the economy.

The hryvnia’s official rate has been fixed at 36.5685 to the dollar since July. The central bank sold $1.57 billion to prop up the hryvnia currency in November. 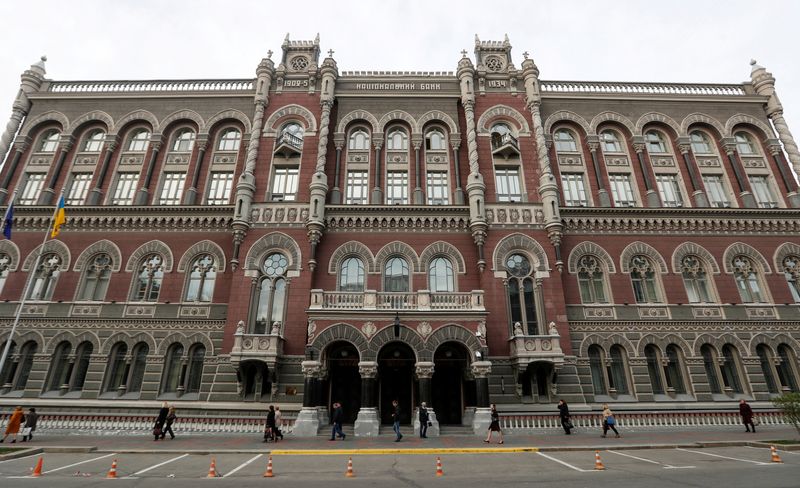 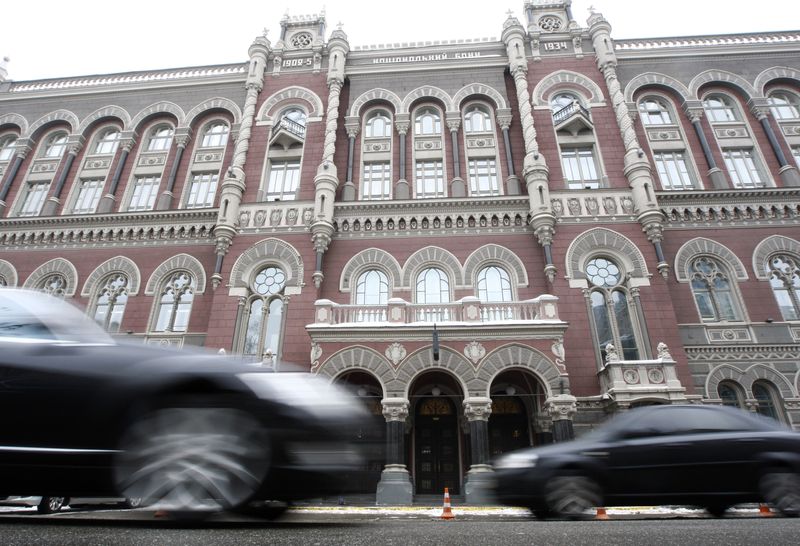