WASHINGTON (Reuters) – Britain this week inked an agreement aimed at boosting trade and investment with South Carolina, its third such deal with a U.S. state, and is seeking similar deals with California and Utah, the UK junior trade minister, Greg Hands, said on Friday.

Britain remains convinced that a comprehensive free trade agreement with the United States makes good sense for both countries, Hands told Reuters, although the Biden administration has put all free trade talks on ice for now.

Britain has signed trade agreements with Japan, Australia and New Zealand since leaving the European Union, and hoped to join the Comprehensive and Progressive Agreement for Trans-Pacific Partnership, he added.

“Yet our largest bilateral trade partner of all, the United States, we do not have a comprehensive free trade agreement with,” he said, noting that the two countries share similar standards on worker rights, the environment and climate change.

Even so, Hands said, there has been progress on bilateral trade issues, including resolution of a longstanding dispute over aircraft subsidies and suspension of U.S. tariffs on steel and aluminum.

A growing number of U.S. states, including Texas, are interested in joining North Carolina, Indiana and now South Carolina in signing memorandums of understanding on trade, which are not legally binding, he said.

Hands said he met with California Lieutenant Governor Eleni Kounalakis this week and they agreed to launch talks on expanded trade ties next year, with a focus on hydrogen, renewable energy and financial technology, among other sectors. California is the most populous U.S. state and would rank as the world’s sixth largest economy if it were a country.

He said he also met on Friday with Utah state officials and was confident of reaching a “good agreement” after resolving some “smaller outstanding issues.”

U.S. states were keen to attract British investment, while expanding export opportunities was a key priority for UK firms, he said, citing aerospace and technology as other promising sectors for expanded trade ties. 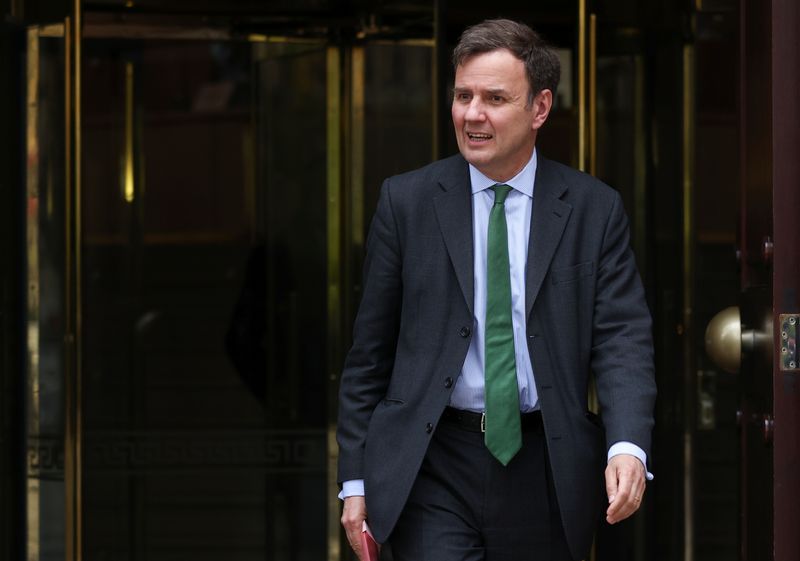