BERLIN (Reuters) – German inflation could cool in the coming months as a result of a low-cost public transport ticket agreed to by political leaders, experts said on Friday, with one pointing to the power of government measures to swiftly ease price pressures.

ING chief economist Carsten Brzeski said the 49-euro ($51.73) monthly ticket, inspired by an even cheaper but temporary scheme from the government’s first relief package in response to the energy crisis, would act as a renewed brake on inflation.

In the first quarter of 2023, he expects the inflation rate to be one percentage point lower than usual thanks to the so-called Deutschlandticket combined with a cap on gas prices set to kick in for households and businesses.

“So with this we will also reach peak inflation in December,” Brzeski said, calling the 49-euro ticket “further proof that it is currently governments, not the ECB, that can push inflation down quickly”.

Inflation in Europe’s largest economy reached its highest level in decades in October at 11.6% before easing to 11.3% in November.

Commerzbank chief economist Joerg Kraemer said he expects the Deutschlandticket, which is valid for public transport and regional trains nationwide, to curb inflation by 0.3 percentage points.

But he warned that there was great uncertainty and that the relief measure was unlikely to change the underlying trend, with sky-high energy prices expected to dominate going into the new year.

Chancellor Olaf Scholz announced late Thursday that the Deutschlandticket would be introduced in the first quarter of 2023, without giving an exact date, following negotiations with the country’s 16 state leaders. 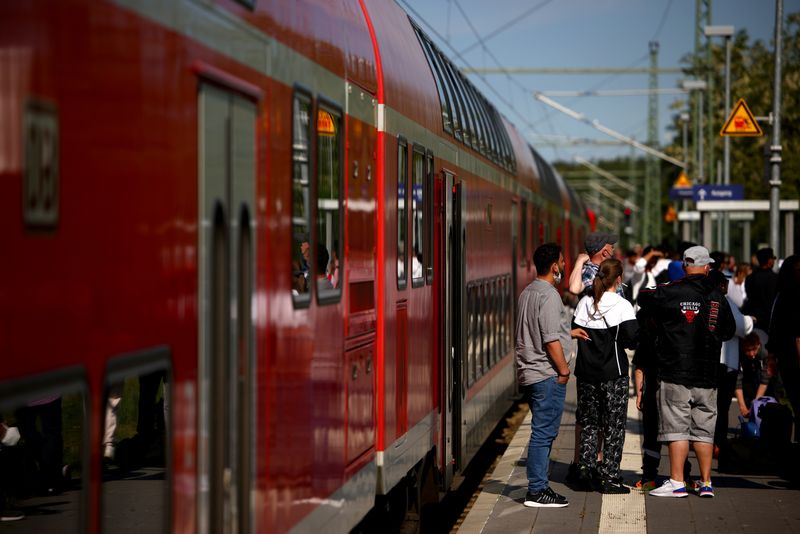