(Reuters) -A Michigan judge has dismissed charges against former Governor Rick Snyder in connection with the Flint water crisis, his attorney said on Friday, several months after the state Supreme Court ruled that grand jury indictments returned in the case were invalid.

Genesee Circuit Judge F. Kay Behm dismissed the case against Snyder, his attorney Brian Lennon said in an email to Reuters. Snyder was governor in 2014, when under state-appointed managers the government of Flint, a majority-Black city, switched its water supply from Lake Huron to the Flint River to cut costs.

Corrosive river water caused lead to leach from the pipes, exposing thousands of children to lead poisoning and leading to an outbreak of Legionnaires’ disease.

Several other state and local officials were also charged at the time, including Nick Lyon, former director of the Michigan Department of Health and Human Services, and Eden Wells, who was the state’s chief medical executive. They were each charged with involuntary manslaughter.

But in October, a judge threw out the indictments against seven of the officials, ruling them invalid due to a procedural error.

The decision stemmed from a June ruling by the Michigan Supreme Court that “one-person grand juries” do not have authority to bring indictments, Judge Elizabeth Kelly of the 7th Judicial Circuit Court said in dismissing the charges, though they have power to subpoena witnesses and issue warrants.

The water crisis in the city of about 100,000 at the time was widely viewed as an example of how U.S. environmental problems have disproportionately affected communities of color.

Last November, a federal judge signed off on a $626 million partial settlement for victims of the contamination, with most of the money earmarked for children.

(Reporting by Brendan O’Brien in Chicago; Editing by Leslie Adler and Bill Berkrot) 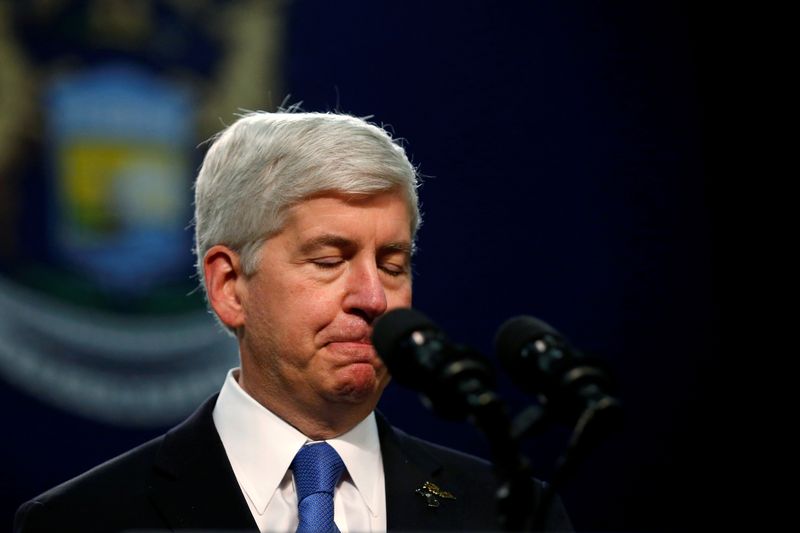