LIMA (Reuters) -Peru’s former President Pedro Castillo faced a first court hearing on Thursday over his arrest on charges of rebellion and conspiracy, as his successor issued her first pronouncements from the presidential palace.

Castillo’s swift fall from power on Wednesday came after lawmakers voted overwhelmingly to remove the leader following his failed attempt to rule by decree and dissolve Congress to avoid a third impeachment vote.

The Andean country has suffered intense bouts of political instability in recent years, with five presidents in just the last five years all unable to complete their elected terms.

Castillo, a former teacher and union activist who won a narrow victory in 2021 buoyed by poor rural and indigenous voters, was arrested Wednesday on criminal charges of “rebellion and conspiracy,” according to prosecutors. He simultaneously faced separate corruption allegations.

Some Peruvians protested his arrest, shouting their lingering support for Castillo on Thursday. ‘The fight has begun! Free Castillo!’ said one placard held by a demonstrator in Lima. Other, small protests led to clashes as police fired tear gas.

Castillo was ordered to be detained for seven days as the investigation into the charge that he orchestrated a rebellion proceeds.

Castillo’s lawyer Victor Perez rejected the charge, arguing that such an act implies use of weapons and violence, which he said never occurred. He called his client’s detention “illegal” and “arbitrary.”

The former president attended the hearing via teleconference from a penitentiary center in Lima where he is being detained. He was asked if he wanted to address the court, but declined.

He has requested asylum in Mexico and Mexican and Peruvian authorities are in consultation over the request, Mexico’s foreign minister said on Thursday. Mexican President Andres Manuel Lopez Obrador has indicated he would be open to granting asylum to Castillo, a fellow leftist.

The 17-month tenure of the 53-year-old Castillo was marked by unprecedented turnover among his ministers, as well as multiple corruption scandals which he dismissed as politically motivated efforts by right-wing members of the opposition-controlled Congress set on undermining his government.

Dina Boluarte, Castillo’s vice president, was sworn in as the South American country’s new president on Wednesday, making her the sixth president in five years and the first woman to lead the nation of some 33 million.

Boluarte, 60, has said little so far but is expected to begin naming a new cabinet over the next few days, with expectations running high that she will opt for a unity government.

The world’s second-largest copper producer, Peru has held the title of Latin America’s fastest growing economy over the past decade despite the political turmoil, but there are now signs that economic growth is slowing.

In brief comments on Thursday morning to reporters at the presidential palace, Boluarte suggested that calling early elections could be “democratically respectable” but said she wanted to hold further talks first, without adding details.

“Boluarte is not our president! Let the people elect her, then I will recognize her,” said Sonia Castaneda at a street protest in the capital.

The new president also expressed hope that the regional Pacific Alliance summit originally scheduled to take place in Lima next week with Colombia, Chile and Mexico can still be salvaged.

“Relations with the countries of the region must continue,” she said, noting in particular her hope that Lopez Obrador would show up.

“We are going to wait for him here with open arms,” she said. 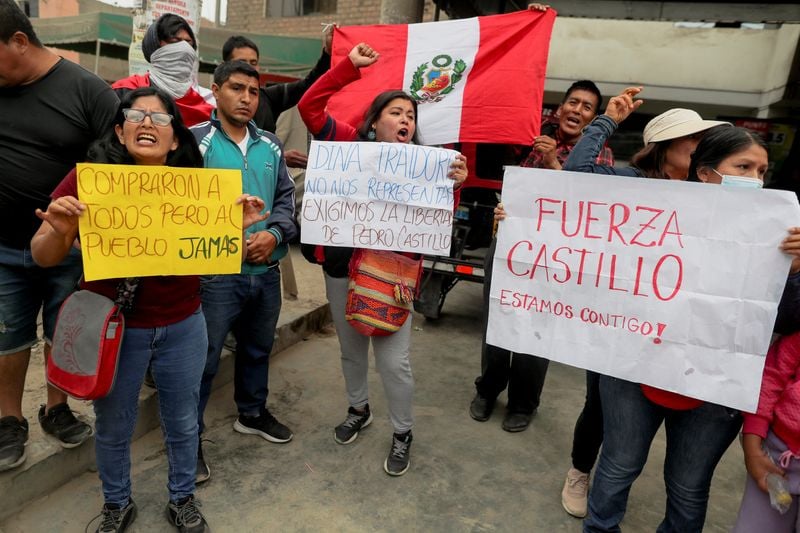 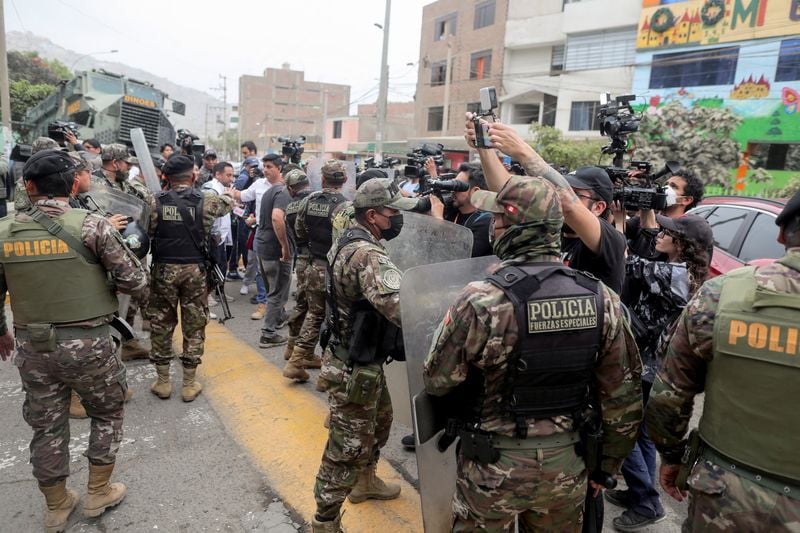 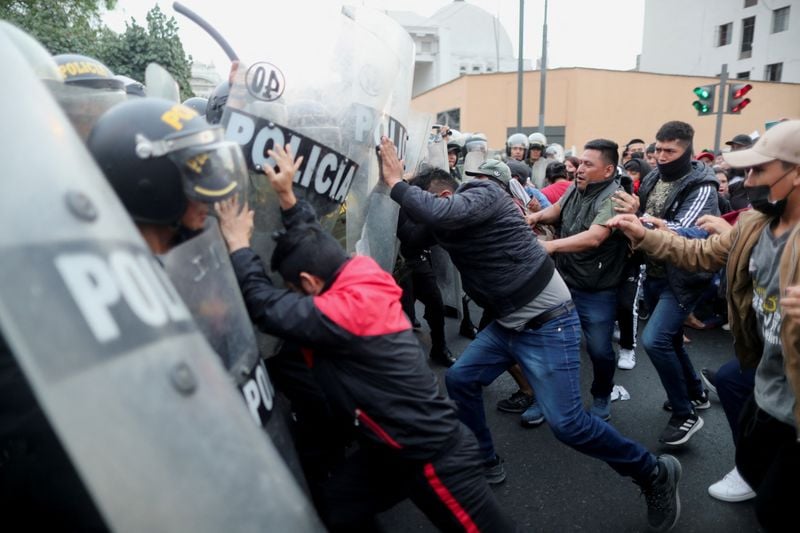 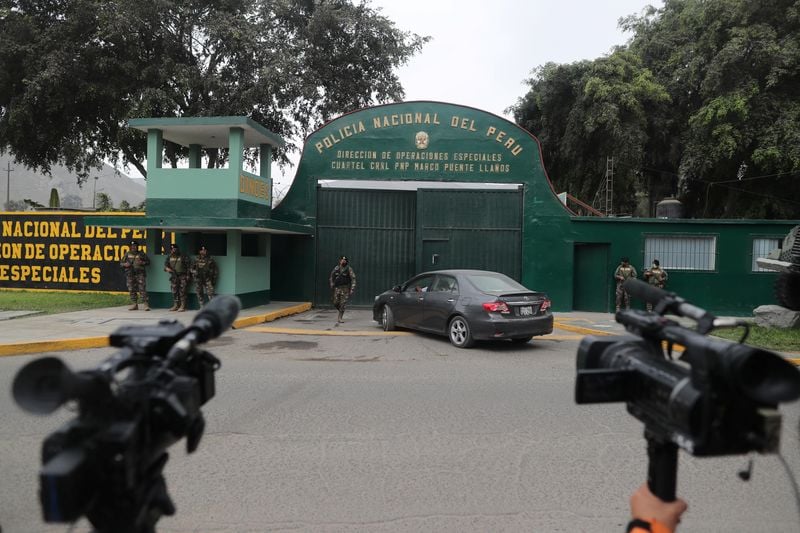 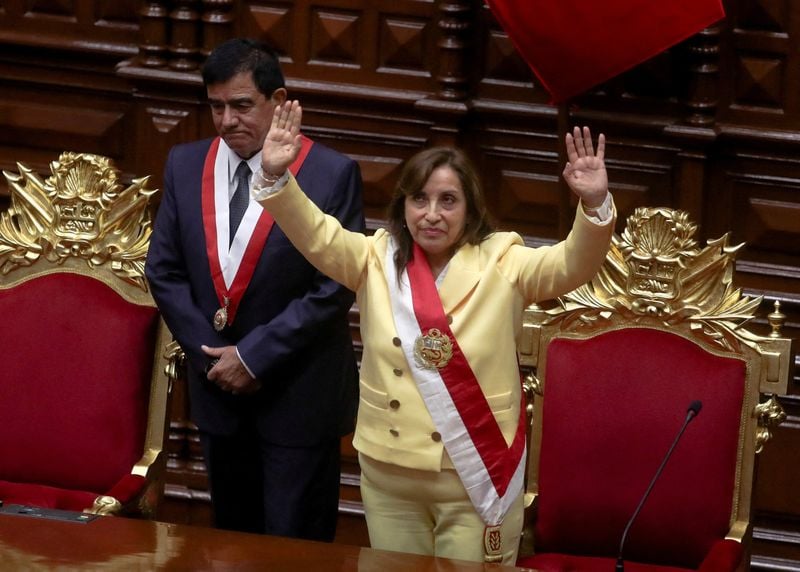