The announcement followed a series of raids of property used by a Ukrainian branch of the Orthodox Church that is historically tied to Russia and has come under increasing pressure since Russia’s invasion.

An SBU statement said an archbishop in a diocese in western Ukraine had distributed posts that “humiliated the national honour and dignity of Ukrainians” and “contributed to the incitement of religious enmity and hatred”.

It accused the cleric of using an anonymous profile on Facebook to spread “narratives of Russian propagandists”. It gave no further details.

The Orthodox Church in Russia has backed Moscow’s invasion, and Kyiv says some clerics in Ukraine could be taking orders from Moscow.

Orthodox Church officials in Ukraine did not immediately respond to requests for comment.

The SBU later said it had discovered 16 “suspicious people” on the grounds of an Orthodox Church monastery near the defunct Chornobyl nuclear power plant in an area closed to civilians.

Related News:   Opinion: Yes, The Biden And The Left Are Coming For Your Gas Stove One Way Or Another

They would be charged with being in a forbidden zone and a probe was under way to see whether they had contravened state security laws, it said in a statement.

A spokesperson for the church said last week it had always acted within the framework of Ukrainian law and that the state had no legal grounds to put pressure on its followers.

Former Russian President Dmitry Medvedev described the authorities in Kyiv last week as “satanists” and “enemies of Christ and the Orthodox faith”.

Orthodox Christians account for the majority of Ukraine’s population. Since the collapse of Soviet rule, tensions have been high between the Moscow-subordinated church and an independent Ukrainian church. 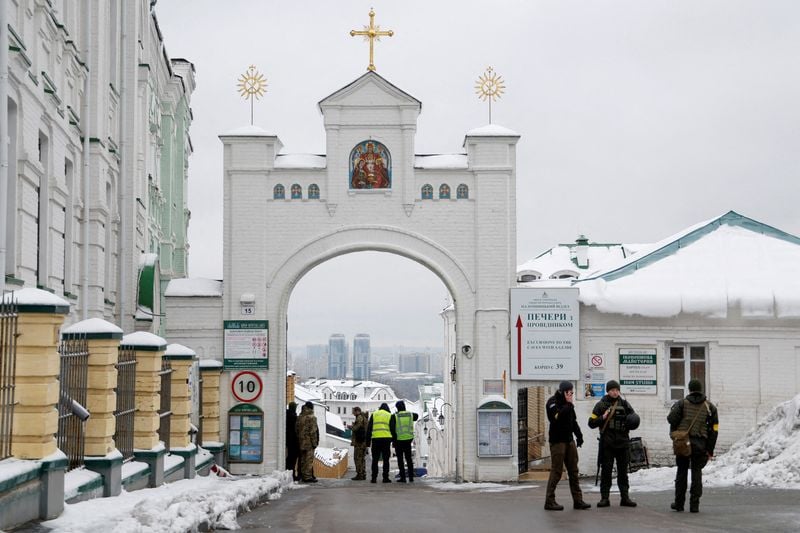