SHANGHAI (Reuters) -China said on Saturday it would stop checking truck drivers and ship crew transporting goods domestically for COVID-19, removing a key bottleneck from its supply chain network as a dismantling of the country’s zero-COVID policy gathers speed.

The country this week made a dramatic pivot toward economic reopening, loosening key parts of the COVID policy in a shift that has been welcomed by a weary public but also is now stoking concerns that infections could spike and cause further disruptions.

With Beijing requiring less testing and letting those with mild to no symptoms quarantine at home, the focus has shifted to ensuring adequate provisions of medicines and shoring up the country’s healthcare system, which experts say could be quickly overwhelmed.

Three years after the coronavirus emerged in central China, citizens were eager for Beijing to start to align with the rest of the world, which has largely opened up in an effort to live with COVID. After widespread protests, the authorities switched course, sparking fear in a country with a relatively low vaccination rate where people had been taught to fear the disease.

Earlier this year, amid mass lockdowns, much of China’s supply chain network was thrown into chaos by requirements for those involved in goods transportation to show negative COVID test results or health codes at check points.

Removing those curbs aims especially at ensuring the smooth supply of medicines and items such as antigen kits, authorities said.

“No efforts should be spared to ensure smooth delivery of medical supplies,” China’s transport ministry said in a notice.

Long queues have formed at pharmacies in many Chinese cities by people looking to buy cough medicines, flu drugs and masks and the state market regulator over the weekend warned against price gouging in anti-COVID products.

The China’s State Administration for Market Regulation published guidelines to regulate the online sale of drugs, masks, antigen testing reagents and food, cautioning internet companies in particular not to “profiteer from the pandemic”.

In another shift, China agreed to let Germany provide BioNTech’s COVID vaccine to German nationals in the country, the Chinese foreign ministry said on Friday. Beijing had until now insisted on only administering domestically produced vaccines.

China’s abrupt easing has unnerved companies, many of which had been frustrated by the policy but had adapted to the inconveniences.

Sources at two Western carmakers with factories in China told Reuters on Friday they were monitoring the situation on the ground carefully.

One expressed concern the virus would spread quickly as restrictions ease, increasing the likelihood of staff sickness and potentially hurting output.

Another said the situation was “unpredictable”, with the relief this week at reopening potentially turning out to be short-lived.

Others, however, describe the reopening an opportunity to be seized, with major coastal provinces such as Guangdong and Hainan busily arranging trips overseas to make up for trade opportunities lost because of strict COVID border controls.

The city of Dongguan in China’s manufacturing hub of southern Guangdong Province said it held a conference to mobilise businesses to go out, “explore markets and grab orders.”

Dongguan’s commerce bureau said 92 representatives from 52 companies in the city have applied to participate in a trade expo in the United Arab Emirates this month. The government is also arranging trips to trade fairs and exhibitions in places including Hong Kong, Japan, and the United States, the bureau said in a statement.

China, which has all but shut its borders to international travel and curbed non-essential travel by citizens for nearly three years, shortened quarantines by two days for inbound travellers last month. Wednesday’s measures did not mention overseas travel.

Feelings were similarly mixed on the streets of China’s largest cities, Beijing and Shanghai.

“Business has not picked up since the measures were eased. People are cautious. I’d say business is down about 60% from one and a half weeks ago,” said Chen Zhengyan, who owns a hair salon in Chaoyang, Beijing’s largest district.

He said that with fewer customers, he had only asked half of his staff to come in.

In Shanghai, which has removed several requirements including having a test result to enter restaurants, people gingerly ventured out for errands or strolls along popular shopping streets and tourist spots.

“I am happy that Shanghai is finally coming back to life, but we still need to be cautious about our health. We should wear masks and protect ourselves carefully,” said an engineer who gave his surname as Xi as he took photos of the city’s skyline on the Bund.

China reported 13,585 new locally transmitted COVID cases for Friday, of which 3,034 were symptomatic and 10,551 were asymptomatic. This was down from 16,592 the previous day and sharply lower from record highs hit earlier this month, amid less testing. 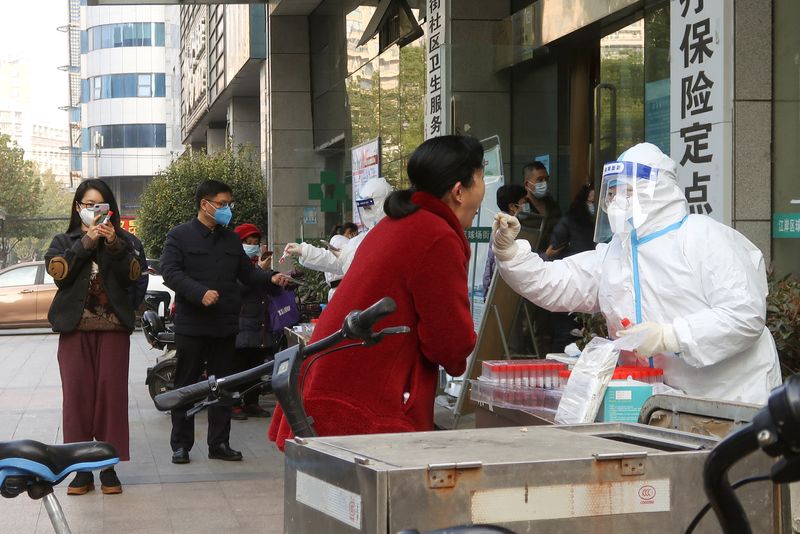 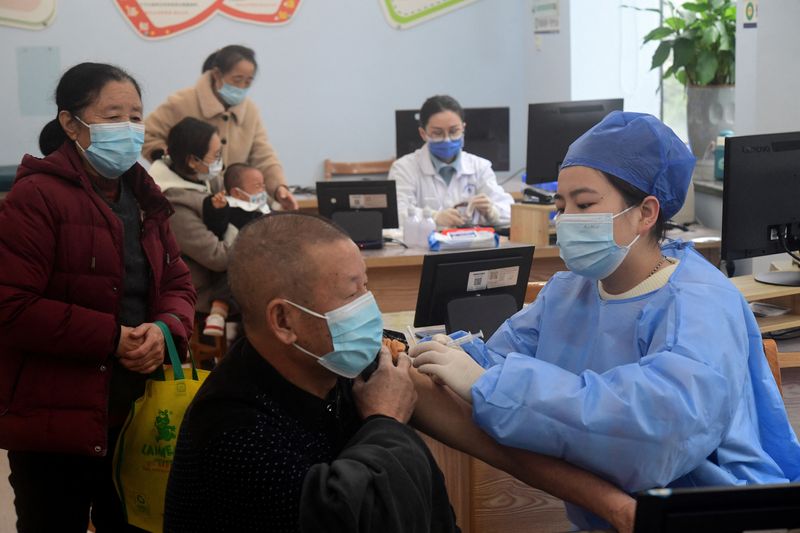