By Dawn Chmielewski and Lisa Richwine

(Reuters) – In his book “No Rules Rules”, Netflix co-founder Reed Hastings described a moment in 2001 when venture capital had dried up, forcing the company to lay off staff and retain only the highest performers. Hastings was surprised to find both morale and performance improved.

“This was my road to Damascus experience, a turning point in my understanding of the role of talent density in organizations,” Hastings wrote. “The lessons we learned became the foundation of much that has led to Netflix’s success.”

After Hastings stepped down as CEO on Thursday, Netflix’s new co-leaders – Ted Sarandos and Greg Peters – will be charged with maintaining a culture that has become a Silicon Valley standout. At the same time they must keep the company growing in a weak economy while facing growing competition.

Hastings credits the company’s culture of internal transparency and innovation, which endows top-performers with unusual autonomy, for Netflix’s success. A 125-page slide-deck that describes its culture has been downloaded 17 million times.

“This is a big psychological change for Netflix,” said Neil Saunders, managing director of GlobalData. “With Hastings remaining as chairman, his expertise will still be available to the company. However, there is a small risk that the culture of the company could change and become more cautious, especially as economic uncertainty persists.”

Netflix lost customers in the first half of 2022. It returned to growth in the second half.

Hastings said in a blog post that the two had complementary skill sets of understanding entertainment and technology and that the company would grow faster with them as co-CEOs.

Peters said on Thursday that the pair planned to forge ahead using Hastings’s playbook and had no major changes to announce.

“There’s no big strategy shifts or big culture shifts,” he said in a post-earnings video interview with an analyst.

Sarandos and Peters will be charged with containing costs while continuing to churn out the hit movies and series that attract and retain subscribers. They’ll also need to find new sources of revenue, including in video games — where Netflix will confront established rivals.

“Incoming co-CEO Greg Peters will have a number of major decisions on his plate,” said Jamie Lumley, analyst at Third Bridge. 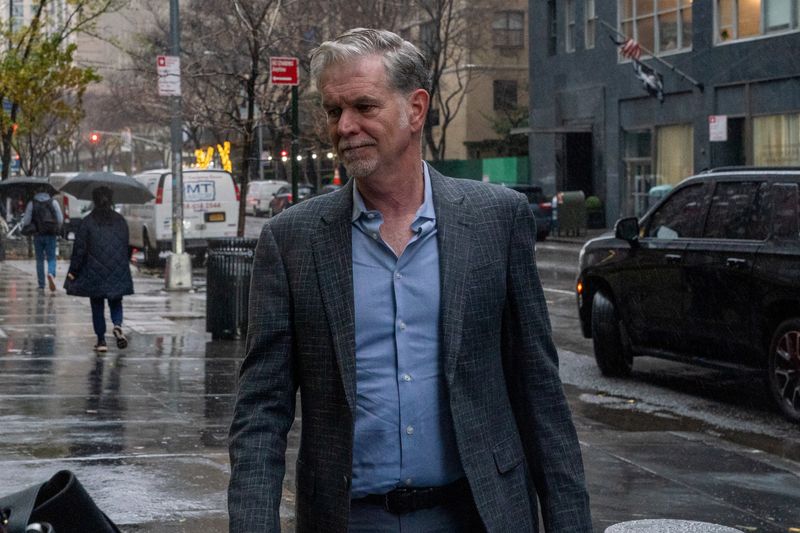