FRANKFURT (Reuters) – Deutsche Bank’s investment banking bonus pool for last year will fall by somewhat less than 10%, a person with knowledge of the matter said on Friday, providing more evidence of tougher times in finance.

Bankers working on M&A origination and advisory will face around a 40% drop in their bonuses, reflecting a slump in deal-making across the broader industry, said the person.

Traders in Deutsche Bank’s fixed income and currencies business, in contrast, will have bigger bonuses for the past year, as the area boomed due to volatile markets, the person also said.

The decline in bonuses reflects an industry-wide trend, with other big investment banking names cutting back on payouts.

The person did not give details of the size of the overall bonus pool for the whole of Deutsche Bank, which also includes retail, corporate and asset management divisions.

Last year, Deutsche paid 2.1 billion euros ($2.28 billion) in bonuses for 2021 overall, a 14% increase on the previous year, rewarding staff for the bank’s most profitable year in a decade, based on the bank’s financial reports.

Deutche’s investment bank is expected to report 3.7 billion euros in pretax profit for 2022, roughly flat versus 2021, based on a consensus forecast of analysts. The bank will report full-year earnings on Feb. 2.

Deutsche has been heavily reliant on its volatile investment bank for its return to profitability, but is hoping to depend instead on more stable businesses that serve companies and retail customers. 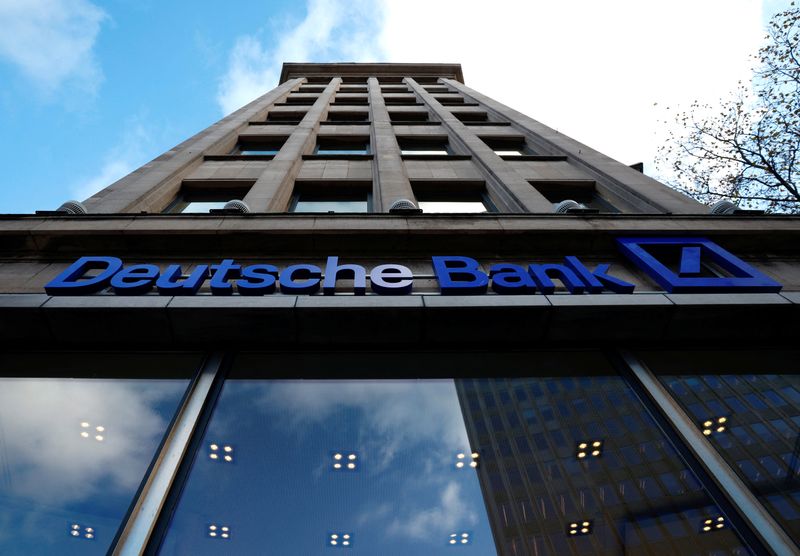