Analysts had expected a loss of HK$4.17 billion for the 12 months ended Dec. 31, according to Refinitiv data, and the airline reported a loss of HK$5.53 billion in fiscal 2021.

Cathay’s downbeat outlook follows a forecast by the company in November of a “substantial” annual loss, even though the carrier said at that time its second-half results were expected to improve sequentially.

The dull forecast echoes those from other airlines as well.

Air China Ltd reported disappointing metrics during the month of December, as many Chinese airlines struggled with capacity constraints.

However, following the easing of pandemic-related travel restrictions, Cathay Chief Executive Ronald Lam on Friday noted a trend of continuous improvement in operations and financial performance for the airline and its subsidiaries in the second half of 2022.

Demand for travel to short-haul leisure destinations shot up recently, with the company anticipating continued strength in demand in January and the Chinese New Year period, Lam said.

While the passenger market improved as passenger and crew quarantine rules were eased, the air cargo market was weaker in the fourth quarter of 2022 compared with a year earlier.

Cathay, which aims to operate at 70% of pre-pandemic passenger capacity by the end of 2023, said capacity decreased by 67.8% last month when compared with December 2019 levels.

The airline said in October it planned to hire 4,000 staff over the next 18 to 24 months to rebuild staffing levels cut during the pandemic.

(Reporting by Jamie Freed in Sydney and Roushni Nair in Bengaluru; Editing by Rashmi Aich and Shounak Dasgupta) 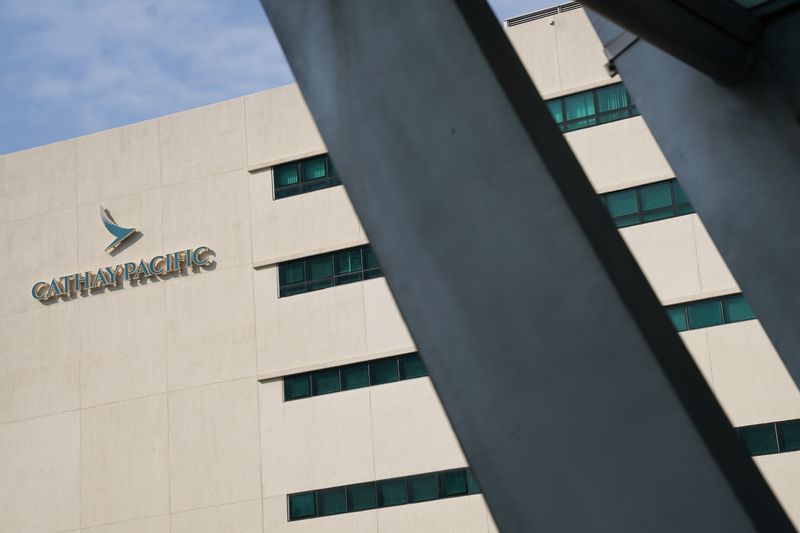