(Reuters) -The world’s largest economy hitting its debt limit is fraying confidence, just as some of the biggest names in the U.S. corporate landscape get ready to report results.

Here’s a look at the week ahead in markets from Kevin Buckland in Tokyo, Lewis Krauskopf and Ira Iosebashvili in New York, and Naomi Rovnick and Alun John in London.

The U.S. government hit its $31.4 trillion borrowing limit amid a spat between the Republican-controlled House of Representatives and President Joe Biden’s Democrats over raising the country’s debt ceiling – a standoff that could lead to a fiscal crisis, or at worst a default within months.

Immediate fallout might be limited, but risks will emerge closer to June, when the government approaches the date beyond which the Treasury will likely have exhausted emergency manoeuvres to stave off default.

Legislative fights over the limit this last decade have largely been resolved before they hurt markets. But a lengthy standoff in 2011 prompted S&P to downgrade the U.S. credit rating for the first time.

Results from the megacap tech and growth companies will test the nascent new year’s rebound in tech shares.

Microsoft, the second biggest U.S. company by market value, reports on Tuesday followed by Elon Musk’s Tesla on Wednesday – and that’s just the warm up for Apple, the top U.S. firm and Google-parent Alphabet the week after. All told, companies worth more than half the S&P 500’s market value are reporting results over the next two weeks.

Earnings season has had a tepid start. S&P 500 companies are expected to post an overall 2.6% drop in Q4 earnings versus the year-ago period, according to Refinitiv IBES data.

Other market-moving catalysts could come from economic data, including new home sales on Thursday and the personal consumption expenditures index on Friday.

Could this be the end of bear market rallies? Global stocks remain nearly 20% below their January 2022 record high. But MSCI’s global share index is also on its longest winning streak since the depths of the bear market last October, as traders bet on economic conditions improving.

All eyes will be on purchasing managers indexes summarising executives’ views of the business climate, to see if the global economy really is heading somewhere less gloomy.

The JPMorgan Global Composite PMI in December lingered below the 50 benchmark separating expansion from contraction. It was also, at 48.2, a few ticks above November’s 29-month low.

Stock markets can predict the global PMI levels, tending to bounce ahead of a sustainable rise of the index. Improvements in PMI readings from developed economies will likely increase risk appetite. Another downturn may cause the bears to roar again.

The Bank of Japan just sent a strong signal to the bond market: stop betting that the end of stimulus is near.

But data could fuel market speculation. Inflation renewed a more than four-decade high nationwide last month, and double the BOJ’s 2% target. January figures for Tokyo could push even higher when they’re released on Jan. 27.

While Japanese government bond yields remain subdued following the BOJ’s unanimous decision to keep the status quo on Wednesday, currency markets tell a different story. The yen retraced most of its big, knee-jerk drop on the same day of the decision, and is hovering near seven-month highs.

On Wednesday, watch out for Australian and New Zealand inflation data as well, with the RBNZ pondering how much more to tighten, and the RBA wondering whether it’s time to pause.

London’s bluechip FTSE 100 index is poised to launch a new attempt to scale an all-time high in days to come.

The rally is a sign, at least in part, that the so-called “moron premium” which weighed on British assets after the political turmoil of autumn 2022 is easing. That’s not the only thing helping the index outperform peers – its heavy weighting of miners and other commodity-focused stocks has received a boost from China’s reopening.

British public sector borrowing numbers, producer price inflation and PMI data are all due as well ahead of a Bank of England meeting the following week. 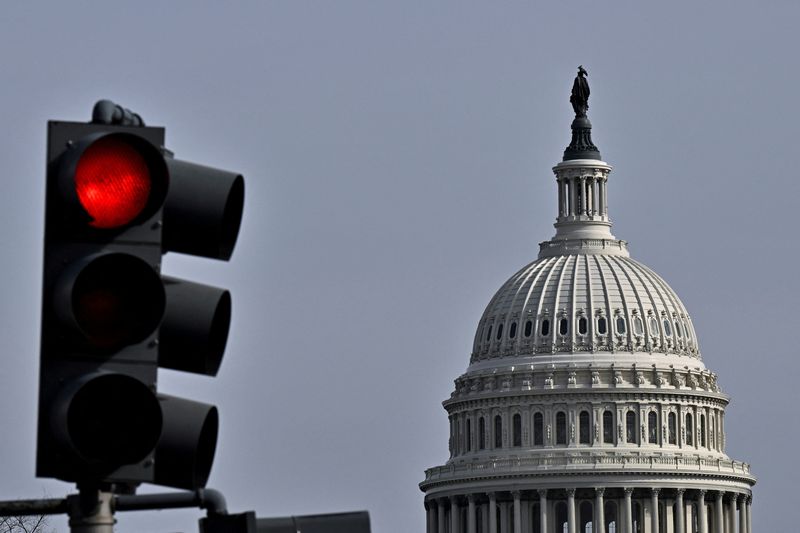