A look at the day ahead in U.S. and global markets from Dhara Ranasinghe.

The U.S. Federal Reserve has entered its black-out period before next week’s meeting, data is thin and much of Asia is shut for the Lunar New Year holiday. It’s a good opportunity for policy hawks at the European Central Bank to get their message across.

The ECB is likely to raise interest rates by 50 basis points in February and March and will continue to increase rates in the months after, ECB governing council member Klaas Knot said at the weekend.

ECB chief Christine Lagarde meanwhile has reiterated the central bank will keep raising rates at a brisk pace to bring inflation down to its 2% target.

Lagarde is scheduled to speak later in the day.

Currency traders are getting the hint — they’ve pushed the euro to nine-month highs above $1.09 on Monday, with the single currency last up over 0.5% on the day and set for a fourth straight month of gains.

If data this week from the euro area, such as the first snapshot of business activity (January PMIs) proves better than expected, the euro could soon touch $1.10, some analysts reckon.

That’s not bad going for a currency that was languishing at two-decade lows around $0.95 in September.

The Bank of Canada, meanwhile, is expected to hike interest rates by 25 bps on Wednesday. A pause in its aggressive rate rises was anticipated just a few weeks ago, but strong data has prompted markets to price another move this week.

Canada’s central bank has raised its benchmark interest rate at a record pace of 400 bps in nine months to 4.25%, and said after its last increase that a decision to raise rates further would be more data-dependent.

Trade in U.S. stock futures suggested a flat open for Wall Street, although the signals from other major stock markets boded well for U.S. trading later on.

Japan’s blue-chip Nikkei stock index rallied just over 1.3% and European shares were pushed higher by technology and mining shares, while bank stocks were boosted by the hawkish ECB talk.

Earnings season remains in the spotlight, with Microsoft, Blackstone and Boeing among those scheduled to report earnings this week.

– POLL-European Central Bank to raise deposit rate to 3.25% by mid-year 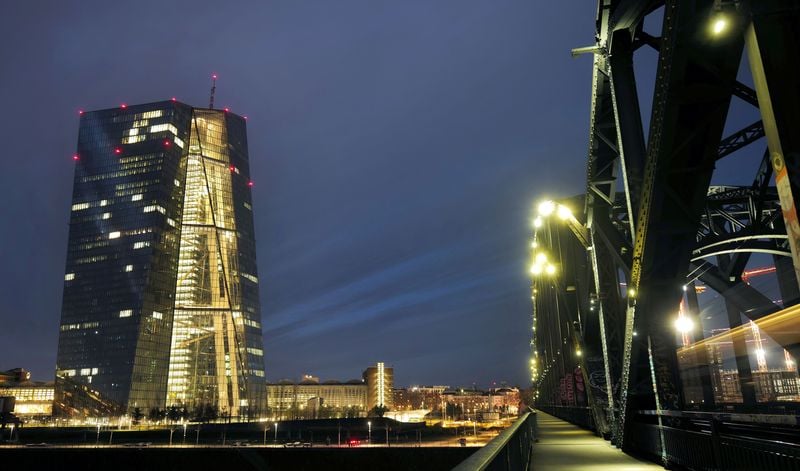