The Republican members of the Senate Budget & Appropriations Committee blasted a new report issued by the New Jersey Division of Taxation that calls for the taxation of cloud computing and software subscription services. 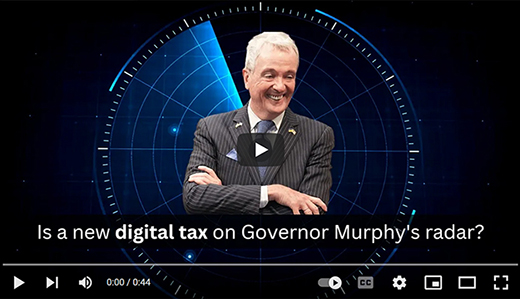 “The latest report from Taxation makes it clear that the Murphy administration is looking at new taxes on many Internet-based services,” said Senator Declan O’Scanlon (R-13), the Republican Budget Officer. “So much for Governor Murphy’s recent statements that there would be ‘no new taxes.’ That certainly didn’t last long.”

During a recent Bloomberg interview following his State of the State address, Governor Murphy said there would be “absolutely no new taxes” this year for New Jerseyans.

“Governor Murphy continues to parse words when he talks about tax increases,” said Senate Republican Leader Steven Oroho. “He might not enact the new taxes on Internet services right away, but he’s clearly doing the planning. Maybe it’ll be after Election Day, maybe 2024, but these new taxes on cloud services are almost certainly on the governor’s drawing board.”

The proposed tax increases were included in a report issued by the Division of Taxation, “Studying the Impact of Digital Economy.”

One section of the report broadly recommends taxing cloud services that “allow a customer to access and use the software of a service provider through the internet.”

“Popular cloud services that many people use to back up their phones and computers could end up being taxed,” said Senator Michael Testa (R-1). “If you pay for extra storage through services like iCloud, Google One, OneDrive, or Dropbox, get ready to pay more if Murphy’s proposed cloud tax is enacted.”

Another section of the report notes that Software as a Service (SaaS) is currently not taxed and recommends a tax be considered “in the context of contemporary software practices and the market growth of SaaS.”

Related News:   Suspect arrested after standoff with police in Holmdel

With most software now distributed online, software subscription services have grown increasingly common. Instead of a one-time purchase, consumers pay a monthly or annual fee in exchange for access to the latest version of a program and product updates.

“‘Software as a Service’ is what people are paying for when they subscribe to Office 365, Adobe Creative Suite, and other popular software products used on their phones, laptops, and tablets,” said Senator Doug Steinhardt (R-23). “Adding new taxes to these increasingly popular software subscriptions is just one more way Governor Murphy will nickel-and-dime New Jerseyans.”

The Republican Budget Committee members challenged Governor Murphy to state clearly if the tax increases proposed by his administration’s Division of Taxation are in the works.

“New Jerseyans deserve to know if new taxes on cloud services and other digital products will be advanced by the Murphy administration as the Division of Taxation is proposing,” added Senator Sam Thompson (R-12). “If Governor Murphy plans on considering or adopting these cloud taxes at any point in the future, even if not this year, he should have the decency to be honest about it.”