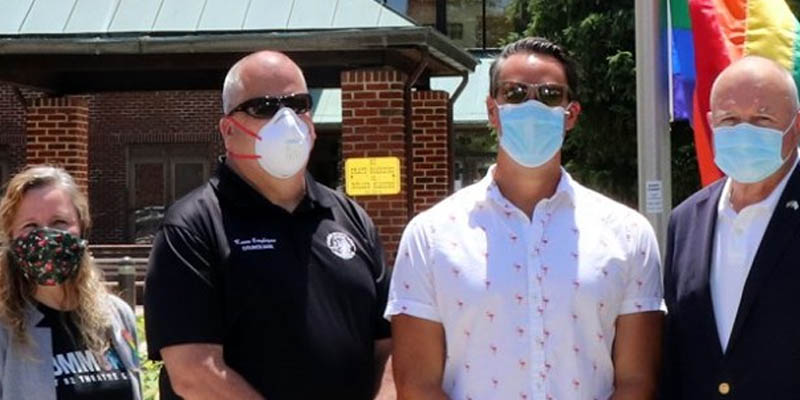 According to the charges filed with the Superior Court of New Jersey Law Division, Rodrick contends the appointment of McGuckin violates a township pay-to-play law adopted back in 2009.  Under that law, the township elected to bar any person who donated money to political campaigns the ability to work for the township. This law sought to mitigate out-of-control pay-to-play corruption where campaign donors who donate to political campaigns expect a quid-pro-quo favor in return, typically in the appointment of a six-figure public contract.

Those campaign contributions would have made McGuckin ineligible to receive the $500,000 no-bid contract awarded to him by the council and mayor last month.

Township attorney Ken Fitzsimmons acknowledged the township did not go out to bid for this job that was awarded to McGuckin.  McGuckin has pushed his weight around in Ocean County.  His firm was awarded several more public contracts this year to add to the dozens the firm already holds.

It is estimated that McGuckin’s firm now receives more than $2,000,000 annually in public contracts throughout Ocean County.

Rodrick alleges that Councilwoman Maria Maruca, Councilman Terrance Turnbach and Councilman Matthew Lotano have had relationships with McGuckin’s law firm that should have precluded them from the discussion and vote on McGuckin’s appointment, as evidenced by their repeated abstaining on bills and claims pertaining to McGuckin’s law firm.

Rodrick is seeking to void the appointment of McGuckin to the newly created position of Director of Public Law.  Since being appointed to that position, McGuckin has not attended a single township council meeting as that meeting conflicts with the Jackson Township council meeting, which McGuckin also serves as the town’s chief legal counsel.

Related News:  Lakewood Police Officers Quarantined After Being Exposed to COVID-19 at Funeral Held For Fallen Officer
Top comments about this post on Facebook.