LONDON – Russia said on Wednesday that the West had “shot itself in the head” by trying to limit energy imports from the oil and gas fields of Siberia due to the Ukraine conflict, in sharp contrast to China which has increased deliveries of energy.

The war in Ukraine – and the West’s attempt to isolate Russia as punishment for the invasion – have sent the price of grain, cooking oil, fertiliser and energy soaring while Europe has vowed to reduce its dependence on Russian oil and gas.

Foreign Ministry spokeswoman Maria Zakharova said Russia’s strategic partnership with China had withstood attempts by the West to sow discord while the United States and its European allies had destroyed their relationship with Moscow.

“Energy supplies are steadily increasing: China knows what it wants and doesn’t shoot itself in the foot. While to the west of Moscow, they shoot themselves in the head,” Zakharova told reporters.

“The West isolated itself from us,” Zakharova said.

She cast the European Union as plotting a “suicidal” course by trying to diversify away from Russian energy which has supplied Germany since the height of the Cold War.

Zakharova said Russia’s diplomatic resources had already been redirected away from the Europe, the United States and Canada to Asia, Africa and the former Soviet Union.

President Vladimir Putin says relations with China are the best they have ever been and lauds a strategic partnership aimed at countering U.S. influence.

Related:  ‘How Is That In Our National Interest?’: DeSantis Takes Action To Limit Chinese Communist Party’s Land Buyouts

The United States and European powers blame Putin’s decision to invade Ukraine as the reason relations with the West have sunk to the lowest level since the 1962 Cuban Missile Crisis – including the severest sanctions in modern history.

Putin, who casts the war as a “special military operation”, blames the United States for humiliating Russia in the aftermath of the 1991 fall of the Soviet Union and threatening Moscow by enlarging the NATO military alliance.

Russia sent troops into Ukraine on Feb. 24 to degrade its southern neighbour’s military capabilities, root out people it called dangerous nationalists and defend the Russian-speakers of two eastern Ukrainian regions.

Ukraine says Russia has launched an imperial-style land grab and will never surrender its territory to Russia, which controls swathes of southern and eastern Ukraine.

Chinese President Xi Jinping told Putin during a phone call on Wednesday that China and Russia were willing to continue to support each other on issues involving core interests and major concerns such as sovereignty and security, Chinese state broadcaster CCTV reported.

“The leaders stated that Russian-Chinese relations are at an unprecedented high level and are constantly improving,” the Kremlin said.

“The Chinese President noted the legitimacy of Russia’s actions to protect its fundamental national interests in the face of challenges to its security created by external forces.”

U.S. President Joe Biden says the West is locked in a battle with autocratic governments such as China and Russia.

Both Russian and Chinese officials say the United States is facing the challenge of adapting to a world where it will soon no longer by the pre-eminent superpower. 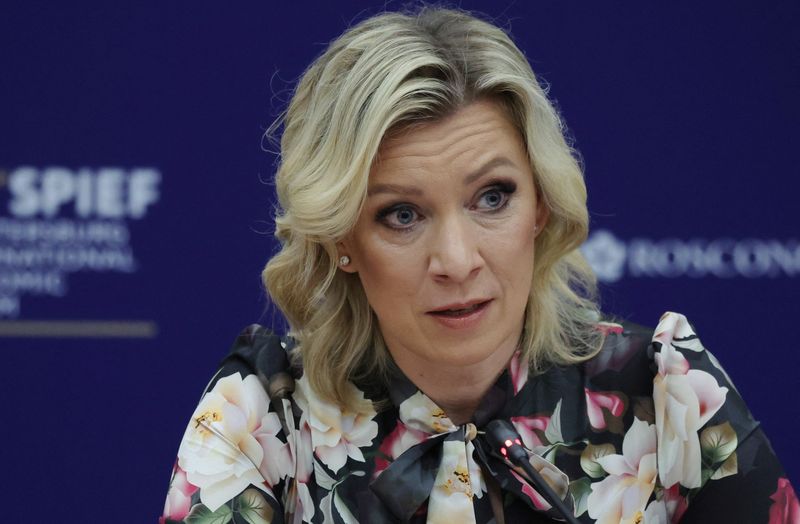