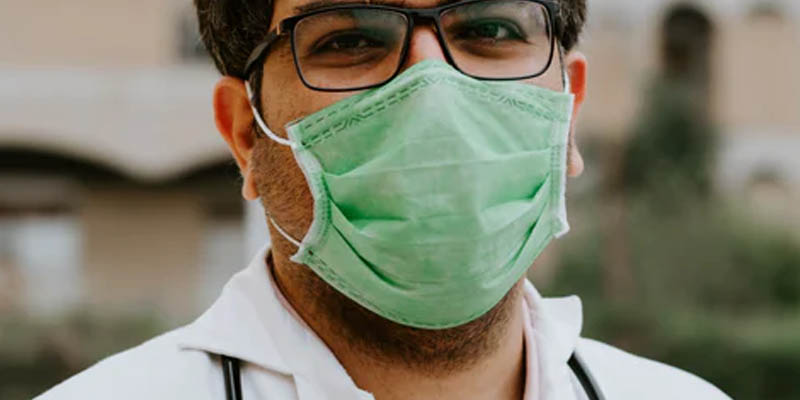 NEWARK, N.J. – Seven people have been charged for their roles in conspiracies to pay and receive kickbacks in exchange for ordering genetic tests, U.S. Attorney Craig Carpenito announced today.

Three complaints were unsealed today charging the following individuals with conspiring to violate the Federal Anti-Kickback Statute: Lee Besen, 64, of Waverly, Pennsylvania, is charged in two separate complaints, one with Kimberly Schmidt, 45, of Moscow, Pennsylvania, and the other with Terri Haines, of Kennett Square, Pennsylvania. The third complaint charges Yitzachok “Barry” Kurtzer, 60, and Robin Kurtzer, 59, both of Monsey, New York; Amber Harris, 28, of Scranton, Pennsylvania; and Shanelyn Kennedy, 25, of Scranton, Pennsylvania. All of the defendants except Robin Kurtzer made their initial appearances by videoconference before U.S. Magistrate Judge Leda D. Wettre. Robin Kurtzer will surrender at a later date.

“As alleged in the criminal complaints, these defendants engaged in a long-running and complex scheme to rip off Medicare to the tune of millions of dollars,” U.S. Attorney Carpenito said. “They turned patients into human ATMs, generating cash payments for medical testing and other procedures. Those who offer or receive bribes and kickbacks for patient care will be prosecuted by this Office and swiftly brought to justice.”

“Health Care fraud costs our country billions each year, which is not just absorbed, it is passed down to the consumer,” Acting Special Agent in Charge Joe Denahan of the Newark FBI Field Office said. “Today’s arrest is a direct result of the commitment by our federal and state partners to aggressively pursue and charge those who willingly defraud our citizens of valuable resources that are in high demand. We will remain vigilant to assure that unscrupulous individuals are brought to justice.”

“Our medical system is built on trust,” Michael Montanez, Special Agent in Charge, IRS – Criminal Investigation, Newark Field Office, said. “When doctors take bribes and kickbacks that trust is broken. The allegations in the criminal complaints portray doctors who ordered genetic tests for the sole purpose of cheating Medicare and putting cash in their own pockets.”

“Scams, such as the alleged, are hardly victimless,” Maureen R. Dixon, Special Agent in Charge for the Office of Inspector General of the U.S. Department of Health and Human Services, Philadelphia Regional Office, said. “These types of fraudulent activities come at a significant cost to the taxpayer and patients who were the target of these procedures. We will continue working with our law enforcement partners to stop kickbacks that threaten the integrity of government health programs.”

Besen and Kurtzer were both primary care physicians with separate offices in the Scranton area. From at least 2018, Besen and Kurtzer each began accepting monthly cash kickbacks and bribes in exchange for collecting DNA samples from Medicare patients and sending them for genetic tests to clinical laboratories in New Jersey and Pennsylvania. The cash kickbacks ranged from $500 to $5,000 and Besen and Kurtzer typically accepted the cash in their respective offices, at times behind locked doors. At one point, Kurtzer and his wife, Robin, complained that they were not getting paid enough and renegotiated a higher kickback and bribery fee.

When Besen and Kurtzer did not receive their kickback and bribe payments, the volume of genetic tests they ordered dipped. But, when they accepted those payments, that volume typically increased because, as Besen said in a recorded conversation, “Greenbacks speak.”

Besen frequently sought ways to make more money. At one point, he proposed adding to the scheme by collecting “CGx” cancer screening tests from Medicare patients, sending the tests to a new lab, and then splitting lucrative sales commissions that the lab paid out – ranging up to $2,500 per test. Although Besen had not previously ordered CGx tests for any of his patients, once he realized there was money to be made, he said in a recording that his office was “totally open now for CGx.” He was also recorded saying that he hoped the money he made from CGx tests would help him “retire early.” Kurtzer and his staff similarly started ordering CGx tests in order to make more money off of kickbacks and bribes.

Even as the ongoing COVID-19 pandemic substantially reduced their in-patient visits, Besen and Kurtzer continued with their schemes. They worked with their staffs to generate more genetic tests from Medicare patients. Kurtzer went from receiving hand-delivered cash kickbacks and bribes to accepting his payments by wire and through a cell phone money-transfer app. Besen was recorded opining that it was “nuts” for Kurtzer to create that kind of paper trail. Instead, Besen accepted his kickback and bribe payment in cash, in a fast food parking lot. Leading up to that payoff, Besen was recorded making veiled threats and referencing the mafia, while also expressing concern about being caught on camera accepting kickbacks and bribes. Despite such concerns, he followed through with the meeting because, as he was recorded saying, he wanted to collect “greenbacks” for his “pool house.”

Neither doctor acted alone while perpetrating their bribery and kickback schemes. Besen enlisted Schmidt, his employee, who helped him with the scheme by preparing paperwork for the genetic tests. Schmidt also accepted kickbacks and bribes that were calculated based on the volume of genetic tests that Besen generated.

Kurtzer included his wife and his employees Harris and Kennedy, in the scheme. Robin Kurtzer helped negotiate the terms of the kickback and bribery payments, while Harris and Kennedy helped collect the DNA swabs in exchange for also receiving kickbacks and bribes.
As a result of these schemes, Medicare was billed over $1 million for genetic tests generated from Besen’s medical practice, and over $1.3 million for tests generated from Kurtzer’s practice.

Separately, Besen and Haines entered into a different kickback and bribery scheme involving “health fairs.” Haines was not a health care provider, but made a living soliciting and collecting CGx genetic screening tests from Medicare patients at health fairs, and then sending those tests to a lab in exchange for commissions. She was not authorized to order those CGx tests without a doctor’s sign-off. As a result, Haines paid Besen a kickback and bribe to use his name and medical credentials to order CGx tests for the Medicare patients she met at fairs, even though Besen never actually attended any of the health fairs and never met the patients for whom the genetic tests were ordered. Medicare was billed $1,936,795 for genetic tests that resulted from this scheme.

Conspiracy to violate the federal anti-kickback statute is punishable by a maximum of five years in prison and a fine of $250,000, or twice the gross gain or loss derived from the offense, whichever is greater.

The government is represented by Assistant U.S. Attorney Joshua L. Haber of the Health Care Fraud Unit in the Criminal Division, Newark.

The charges and allegations in the complaints are merely accusations, and the defendants are presumed innocent unless and until proven guilty.

Stock Photo by AForouzani on Unsplash