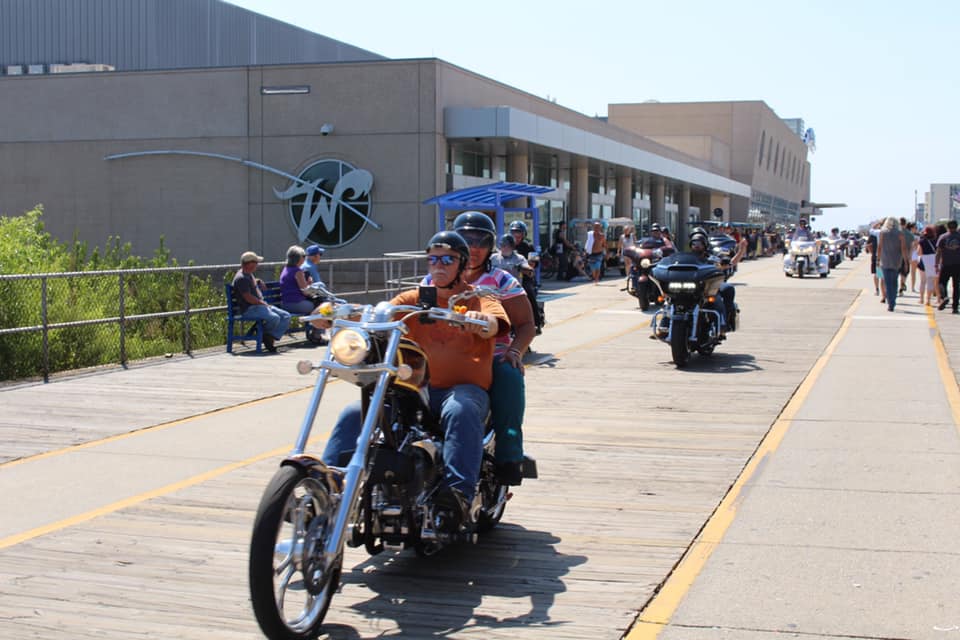 WILDWOOD, NJ – Wildwood city officials have denied the annual permit for “Roar at the Shore” citing previous bad behavior by rally attendees and that the event is not consistent with the city’s mission to provide a family-friendly atmosphere for visitors.

Wildwood Mayor Pete Byron said the event has lead to a rise in costs in police officer overtime and is no longer welcome in the city.

“It is with great regrets, that after 23 years we are forced to cancel Roar to the Shore Motorcycle rally, due to circumstances beyond our control. The City of Wildwood has determined that the Rally is no longer fits the image of the city and has chosen to deny all permits necessary to host event,” the organizers later posted on their Facebook page.

While the city has denied the application for the event, and the officially organized event has been canceled, that doesn’t mean bikers can’t still come to Wildwood as private guests and that’s just what many are still planning on doing.  Others are planning on taking their business to nearby Ocean City that weekend.

“And that’s some BS if Wildwood is trying to blame it on trouble or violence from the bikers. I’ve spent entire summers at Wildwood and the bar in owners/tenders always said the firefighters/police weekends were the worst,” said Katy Kidell, an attendee and visitor of Wildwood.

“You are taking money out of the local business owners pockets by canceling this! Seems to me you want to pin this “no longer fits the image of the city” on the MC that has its National every year here. This group is more peaceful than your fire fighters that is known to destroy property every year,” said Allison Zorn.

“So it’ll be a motorcycle protest instead of calling it the roar to the shore and then were allowed no permits needed and we won’t have to social distance,” said Don DeLeo.

“A few years ago during bike weekend me and my daughter witnessed an car accident… and the bikers who pulled over and checked on the drivers and directed traffic until help got there,” said Becky Benezet.

Last year, Byron said there was an increase in “outlaw” biker gangs such as the Pagans, saying the event morphed into something different in 2019,  making 26 arrests throughout the event.  Some who were arrested were found with guns, brass knuckles and knives, according to police.

The local business owners have mixed emotions as the loss in revenue could harm an already shortened and restricted season during the COVID-19 pandemic.

Photo by ROAR at the Shore.