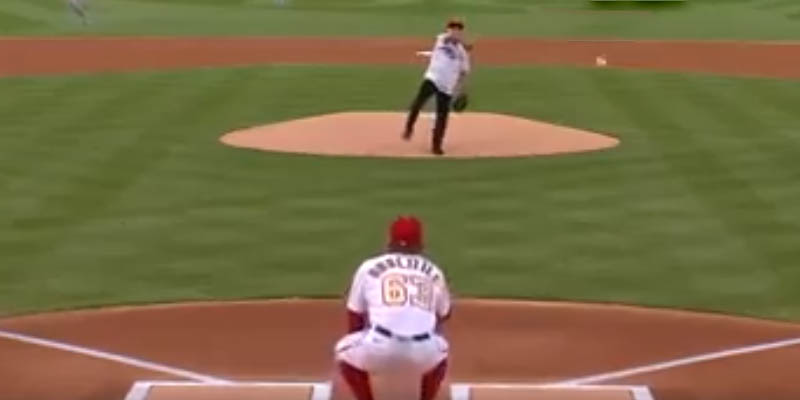 WASHINGTON, D.C. – Dr. Anthony Fauci, “America’s Doctor” threw out the first pitch to kick off the shortened 2020 Major League Baseball season and like pretty much the entire year of 2020, it wasn’t pretty to watch.  Regardless, the fake fans piped in over the stadium loudspeakers gave Dr. Fauci a rousing ovation for pretty much almost throwing the ball into the first base dugout, stunning even the photographers who apparently had to double-take what they just witnessed because the ball definitely wasn’t in their cameras’ viewfinders.

Related News:  Keeping the NYC Life Without Actually Living There: Moving to NJ

After finding the ball somewhere in foul territory, the game started, but not before some rubbing from the television announcer.

“The man has been so busy that’s probably something he has not had time to practice,” said ESPN commentator Karl Ravech.

Then the game between the Yankees and Washington Nationals began…and ended.

The game also went as 2020 did.  After being up 4-1, a torrential downpour ended the game in the sixth inning.  Giancarlo Stanton went 2 for 3 with a home run and three rbi.  Gerrit Cole pitched 5 innings, giving up 1 earned run and struck out five.  Nationals’ Adam Eaton hit a solo home run for the Nationals’ only run of the game.

Dr. Anthony Fauci threw out the first pitch before the Nationals-Yankees game.