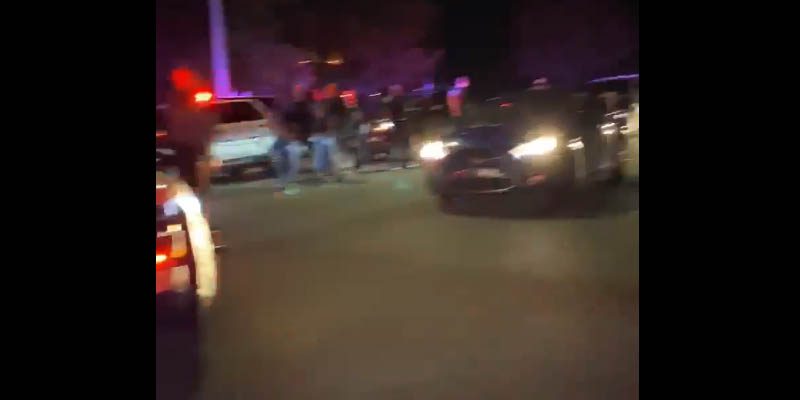 JACKSON, NJ –  Yaakov Weiss, of Jackson was charged along with party organizers for throwing a house party that attracted 700 people from around the state, requiring a large police response to break up.  According to AirBnB, the home costs $595 per night, plus a nearly $300 in fees to rent. The home was rented to two women from Newark, New Jersey who were also charged with violating Governor Phil Murphy’s executive order restricting indoor gatherings.

On Sunday July 26, 2020 at approximately 8:30 pm, officers responded to a residence located on Mill Pond Road in the Whispering Hill neighborhood off of Leesville Road on the report of a suspicious incident. Upon arrival, officers spoke with numerous residents of the neighborhood who claimed that a residence on the street had been rented out to a group who were having a large party which was causing a disturbance in the neighborhood and also appeared to be in violation of Executive Order #156 in reference to the number of attendees.

As additional people continued to arrive, the crowd at the residence grew to an estimate in excess of 700 people with well over 100 vehicles parked in the area as the department began receiving 911 calls from other homeowners in the area reporting disturbances and trespassing. Officers then began to clear the crowd from the residence and the Ocean County Prosecutor’s Office was contacted and authorized charges against the homeowner and party organizer for violating the Executive Order.

During this time, the department received a 911 call from an Overlook Drive resident reporting that people who had left the Mill Pond Road party had broken into their residence and were damaging property. It was determined that a family member of the caller who had been at the original party had invited a large group from the party back to the residence. Additional officers responded and the unwanted group was then dispersed from this second residence.

It took until approximately 1:00 am for the officers to clear the residences of the party attendees and all of the vehicles from the neighborhood without any further incidents.

At the conclusion of the evening, the homeowner, who was identified as Yaakov Weiss, age 40 of Jackson and party organizers who were identified as Patience Guanue age, 23 and Alicia Hinneh, age 22, both of Newark, were issued summonses for violating the Governor’s Executive Order. The investigation is continuing and Jackson Code Enforcement was also notified of the incident so they could follow up.