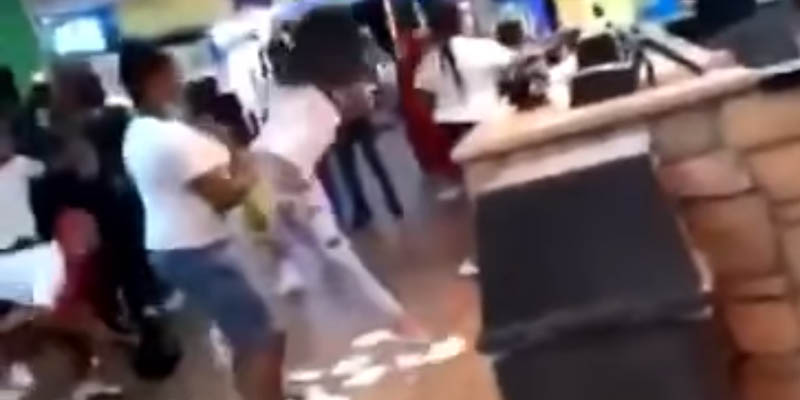 MEMPHIS, TN – After over one hundred teenagers were dropped off at the Memphis, Tennessee Putt-Putt Family Fun Center minigolf and arcade, the teenagers began destroying the business.   Police say the outburst started when a customer couldn’t get a refund from a gaming machine she claimed was faulty.   In a video released this weekend, the female teenager is seen ripping the plexiglass from the customer service counter.  Then, she started throwing objects.  As she continued, others in the crowd joined in, destroying the facility.   The teenager was charged with disorderly conduct.