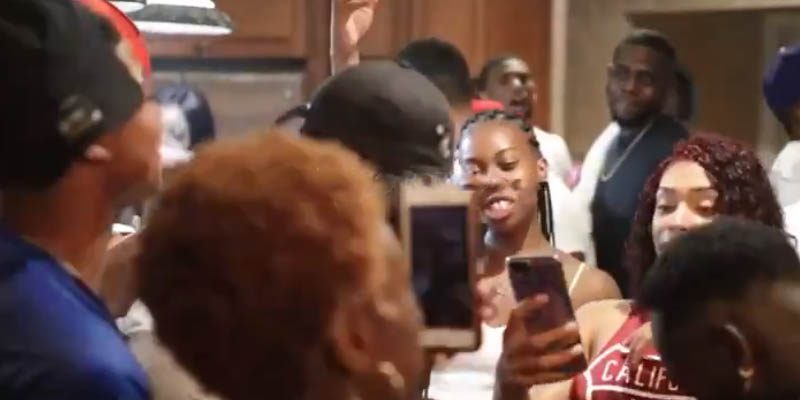 JACKSON, NJ – Yaakov Weiss, of Jackson was charged along with party organizers for throwing a house party that attracted 700 people from around the state, requiring a large police response to break up.  According to AirBnB, the home costs $595 per night, plus a nearly $300 in fees to rent. The home was rented to two women from Newark, New Jersey who were also charged with violating Governor Phil Murphy’s executive order restricting indoor gatherings.  Those party organizers who were identified as Patience Guanue age, 23 and Alicia Hinneh, age 22, both of Newark, were issued summonses for violating the Governor’s Executive Order.

On Sunday July 26, 2020 at approximately 8:30 pm, officers responded to a residence located on Mill Pond Road in the Whispering Hill neighborhood off of Leesville Road on the report of a suspicious incident. Upon arrival, officers spoke with numerous residents of the neighborhood who claimed that a residence on the street had been rented out to a group who were having a large party which was causing a disturbance in the neighborhood and also appeared to be in violation of Executive Order #156 in reference to the number of attendees.

A flyer from the event advertised a $1,000 twerking contest and all the free jungle juice you can drink.

$1000 top prize for “twerking” was offered at a massive party held in Jackson NJ, with free food and booze. More than 700 showed up, and it took police from 7 different agencies to break it up.

Jungle Juice.   It’s sort of like Sangria, but also kinda like spiking the fruit punch with whatever you smuggled into the high school prom.  There’s many different recipes on the internet, but when you mix free jungle juice with a $1,000 twerking competition at a mansion party in the woods in Jackson Township, things are definitely going to happen.   Typically it uses hard liquors like Everclear or vodka mixed with Kool-Aid or some other low-cost fruit punch.   At an expensive house AirBNB house party, one can certainly expect a more upscale jungle juice that has exotic citrus fruits thrown in.  Slices of oranges, pineapple, whatever.

To make a great jungle juice, it’s all about letting the bits of fruit marinate in the alcohol and fruit punch concoction.   Jungle juice, made properly will lay you flat, but before making the drinker more drunk than possibly imaginable.

Breit said his company is now in direct contact with Jackson Township officials and are offering their full support with the ongoing investigation.

As for Mr. Weiss, his time with AirBnB was short lived, counted in hours, not days or months.

“We have removed both of the publicly identified party organizers from our platform,” Breit said. “We have deactivated the listing as we investigate further.”

During COVID-19, the company has strengthened their policies to prohibit gatherings that violate public health mandates such as the jungle juice ‘n’ twerk party held in Jackson Sunday night.  On top of that, Airbnb bans “party houses” globally.

“We have reinforced this policy by temporarily disabling the “event-friendly” search filter, which is typically used so that guests can seek out venues for responsible parties and gatherings,” Breit said.  “We have also temporarily removed the “parties and events allowed” rule from the House Rules of any New Jersey listings that formerly authorized parties We maintain our rigorous work to prevent and address unauthorized parties.”