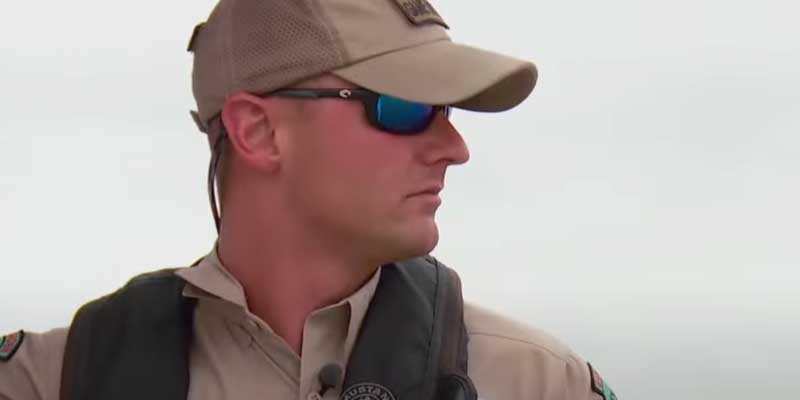 DALLAS, TX – With shows like LivePD and COPS being shunned by the liberal left and forced to shut down in light of the woke movement, a new breed of law enforcement reality television is starting to gain traction.  Now, the Discovery Channel is giving Texas game wardens air time in a new series called Lone Star Law, Patrol and Protect.

The saying is true: everything is bigger in Texas, including the jobs of the Texas Game Wardens who have been protecting the Lone Star State’s wildlife and more than 29 million citizens since 1895. Discovery Channel audiences get a front row seat as the Texas Game Wardens encounter perilous situations that affect citizens and wildlife alike as they oversee more than 250,000 squares miles of deserts, lakes, piney woods, bayous, plains and coasts.  The series premiers Tuesday, December 29th on Discovery Channel.

Among other stories on Texas Game Warden this season, Game Warden Jennifer Provaznik, while patrolling fishermen, finds a man potentially breaking several laws with hundreds of fish by the side of the road; Game Warden Ashton Gulczewski participates in an early morning operation to catch illegal night shrimpers; Game Warden Ben Bailey is investigating an abandoned boat but finds a slew of poached birds instead. He was looking for a missing person but now is on the hunt for a pelican poacher hiding out; Game Wardens Mallory Mitchell and Jeremy Lindsey intervene when an overloaded boat puts lives at risk; Game Warden Kyle Hendley helps relocate a venomous rattlesnake; and Game Warden Mike Boone helps to transport Covid-19 samples around the state during this year’s pandemic.

In addition to watching the show on Discovery, viewers can stream Texas Game Warden by downloading the Discovery GO app. Viewers can join the conversation on social media by using the hashtag #LoneStarLaw and follow Discovery on Facebook, Instagram, and Twitter for the latest updates.